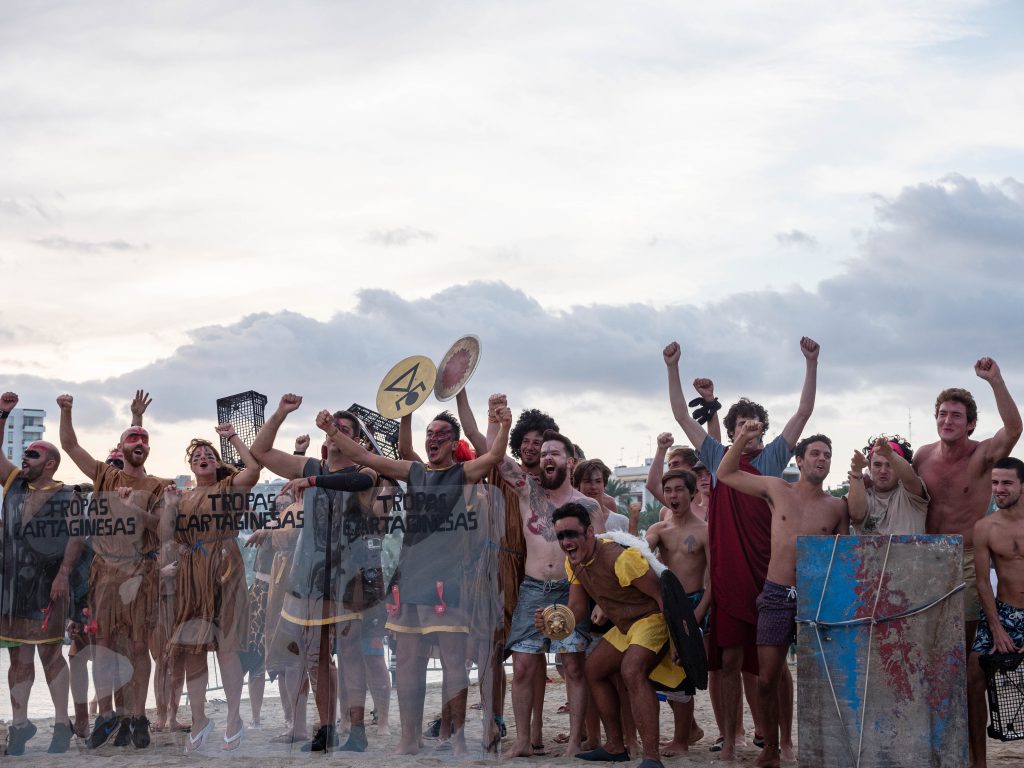 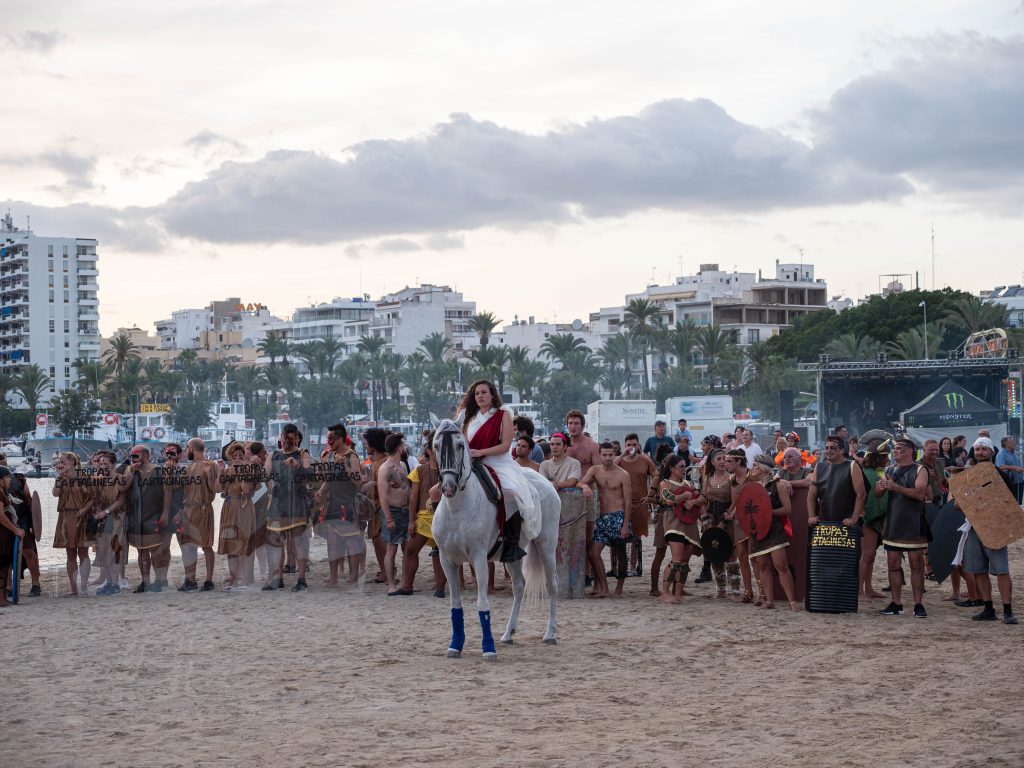 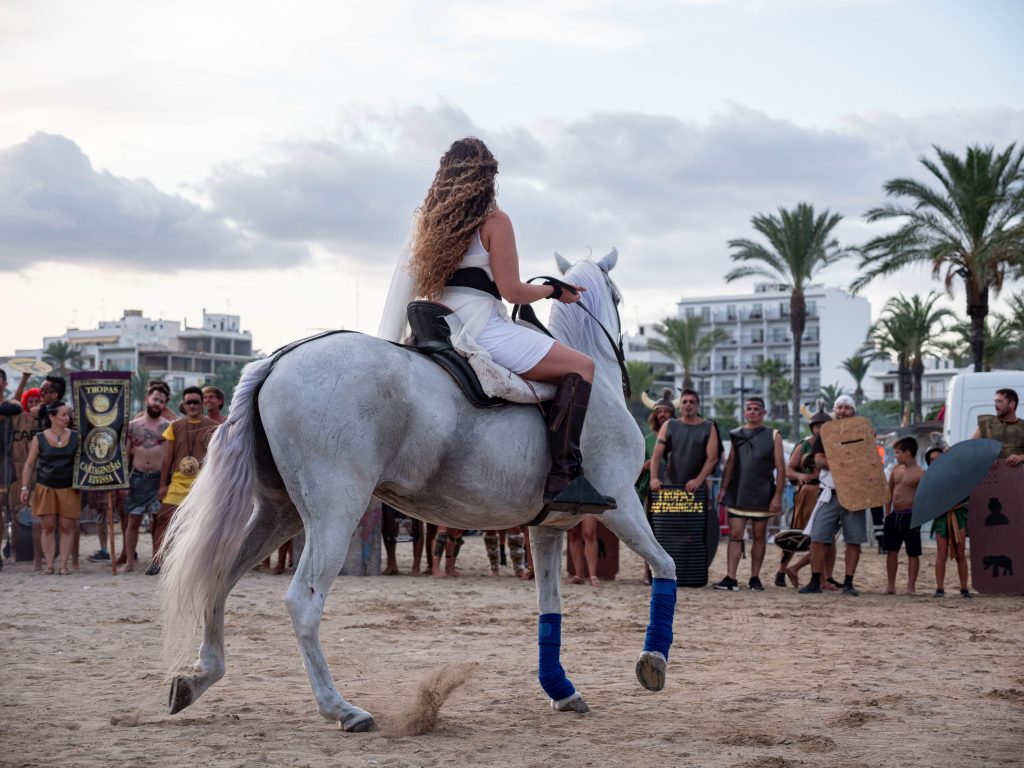 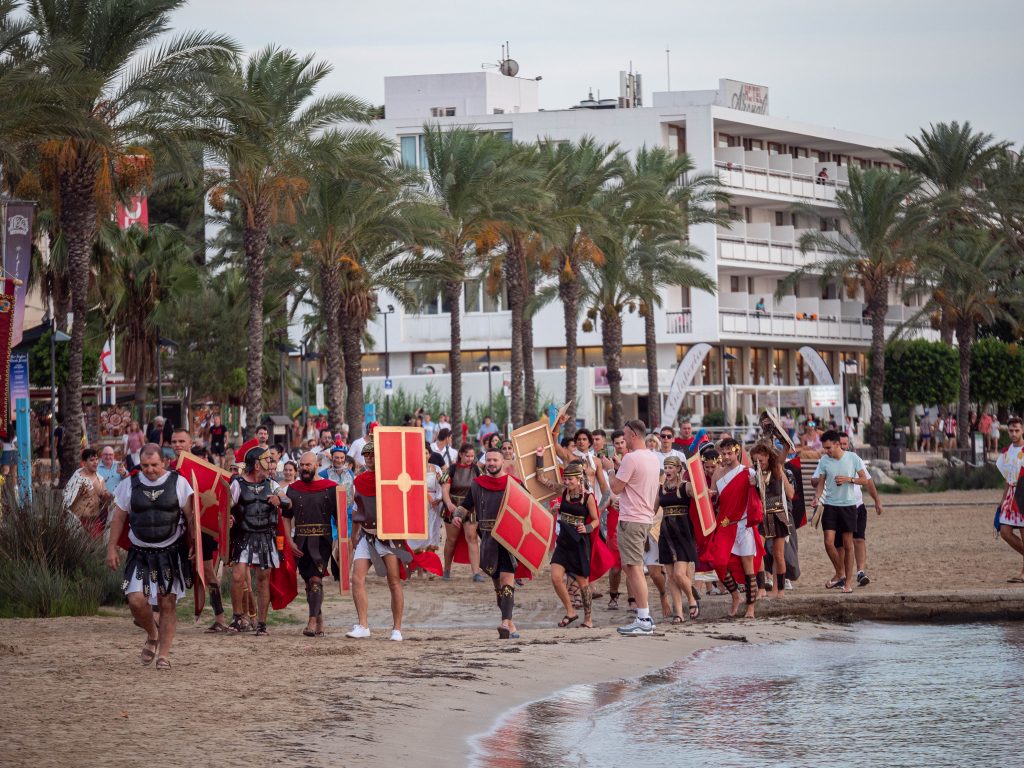 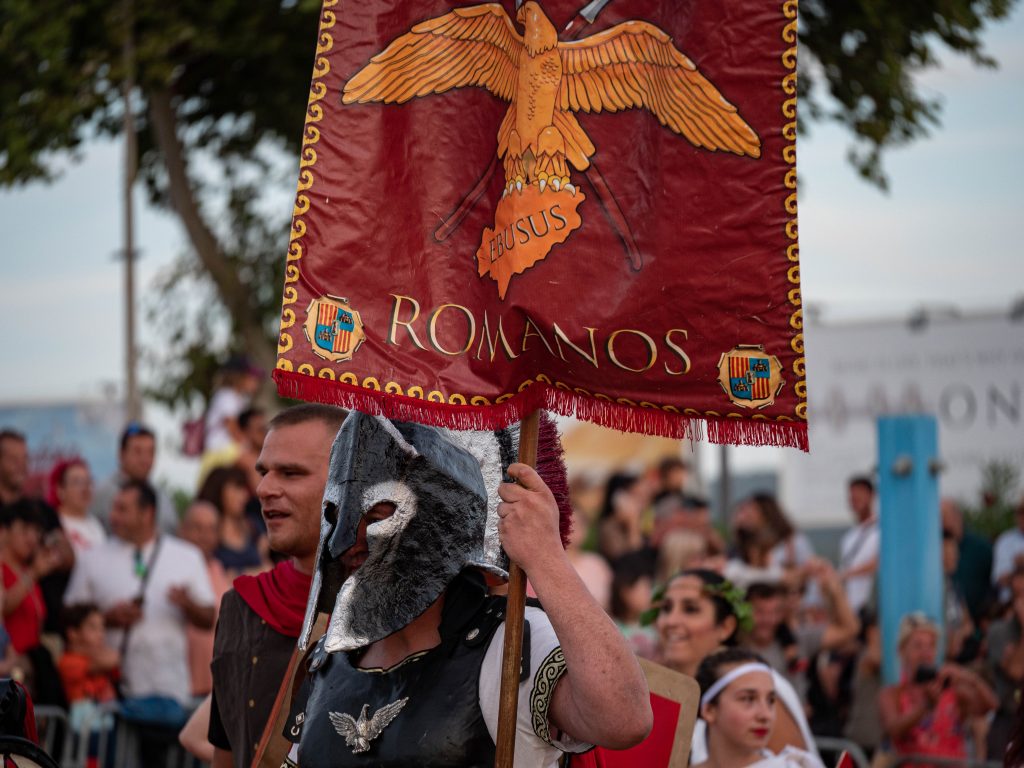 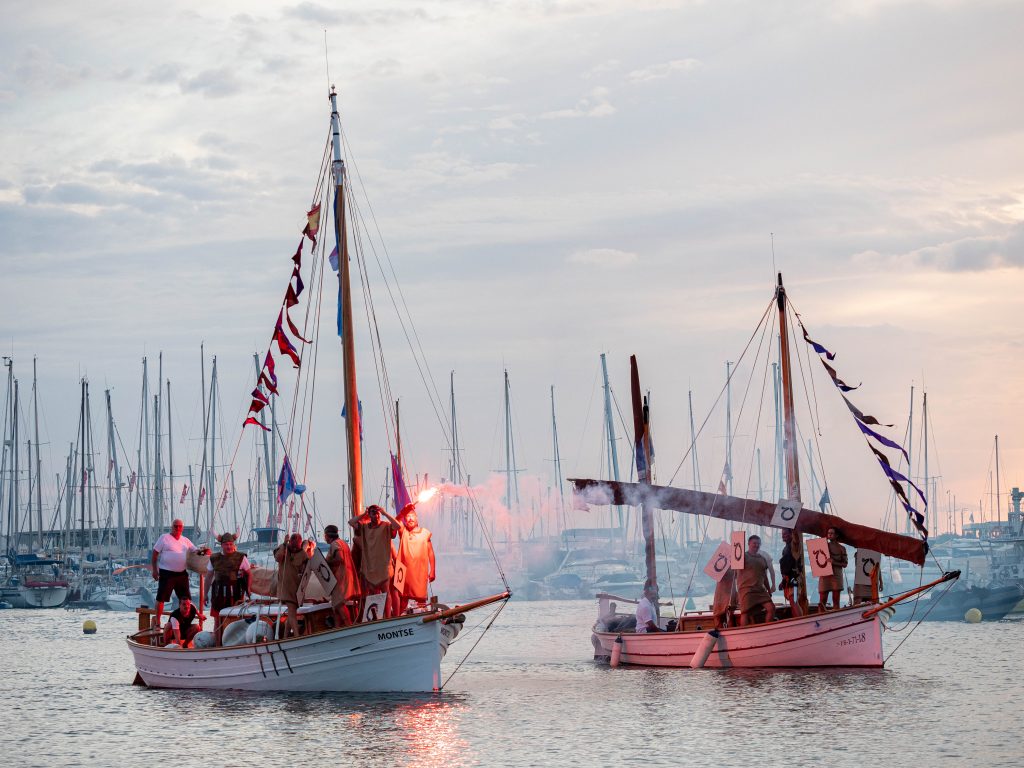 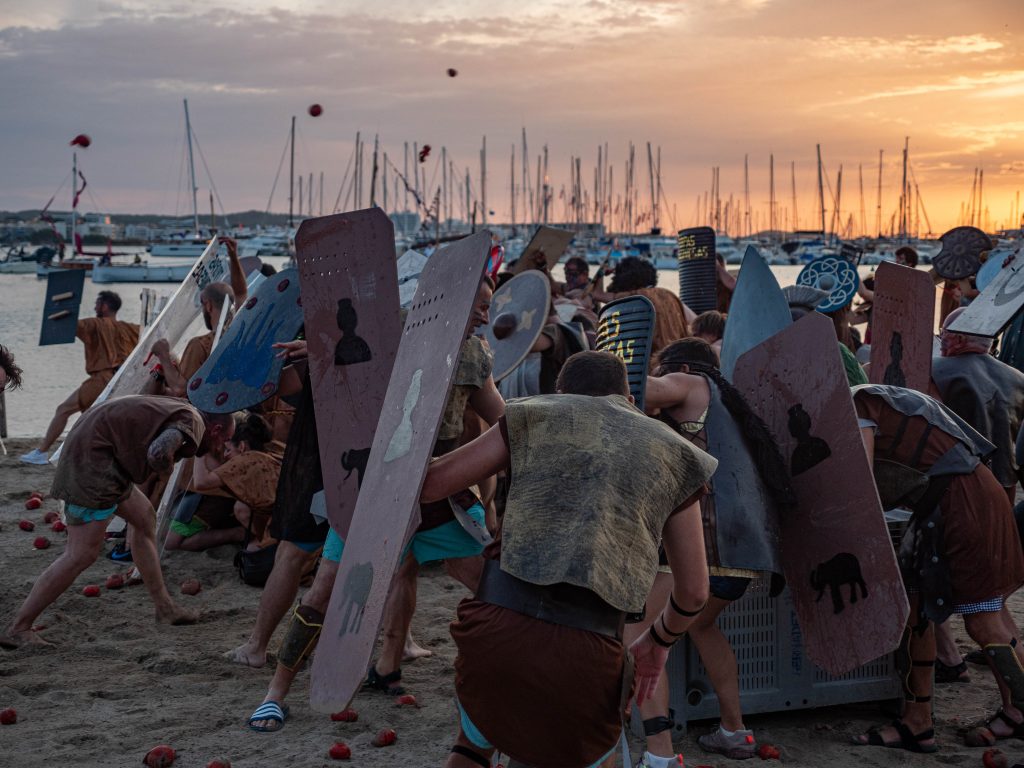 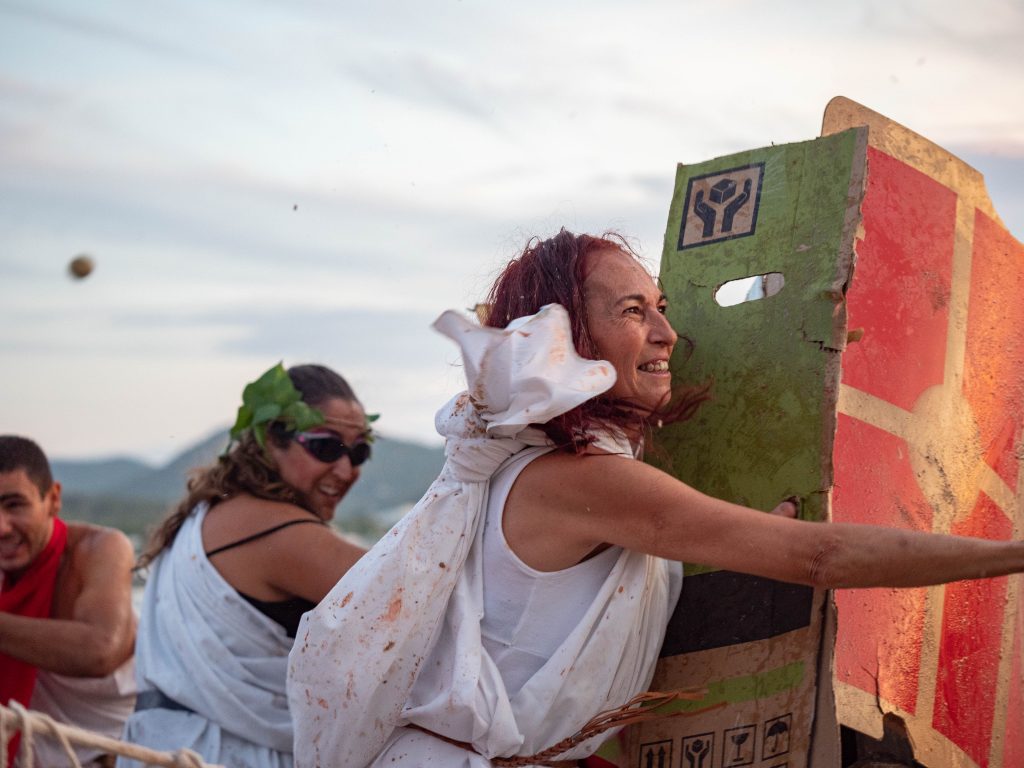 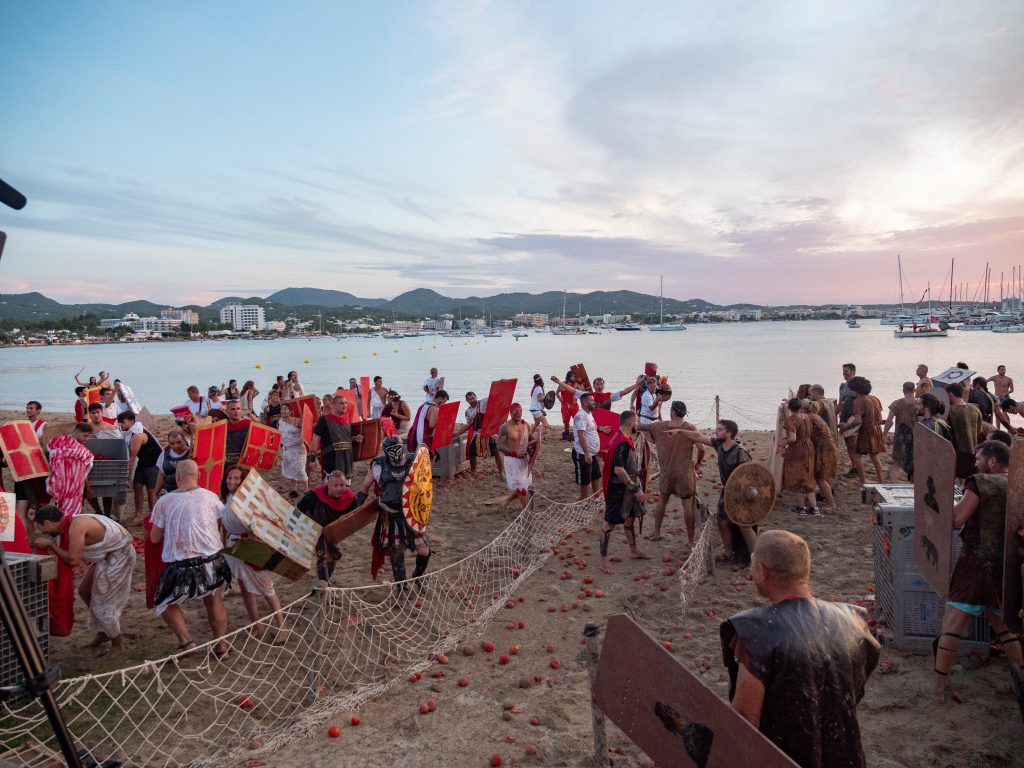 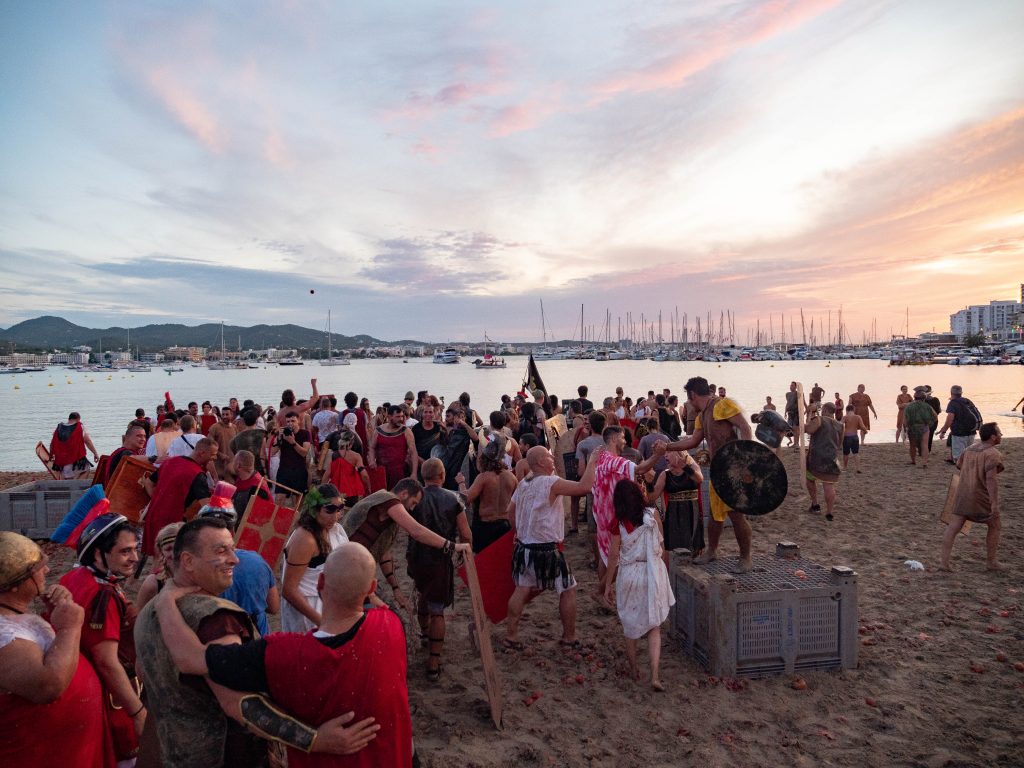 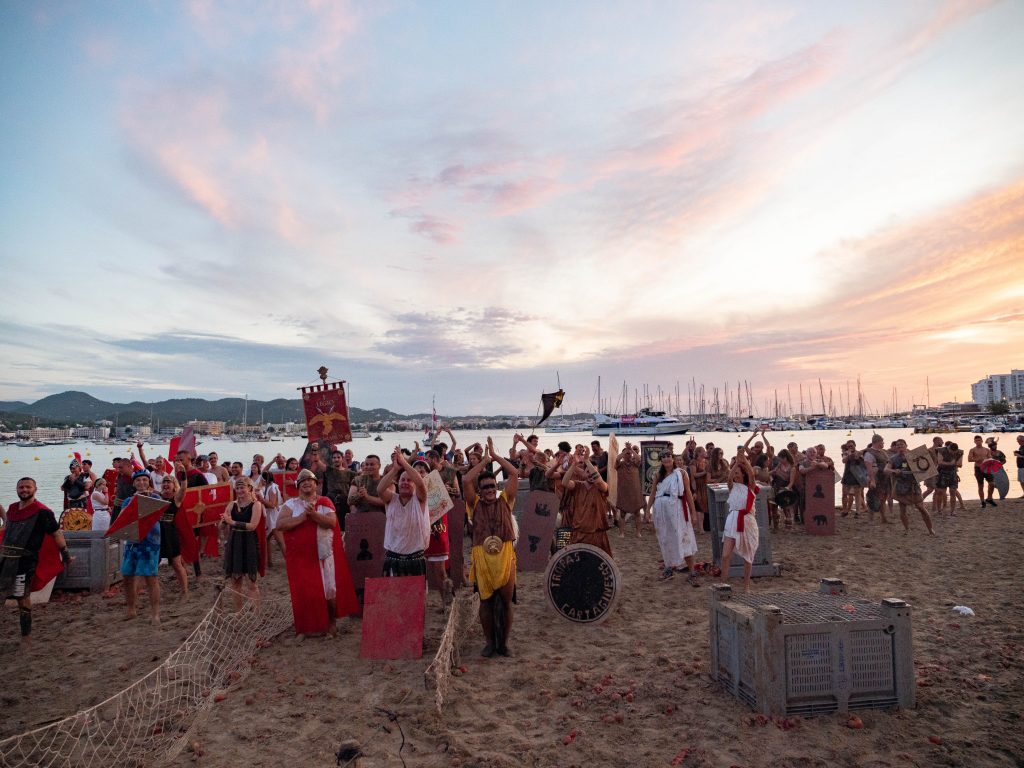 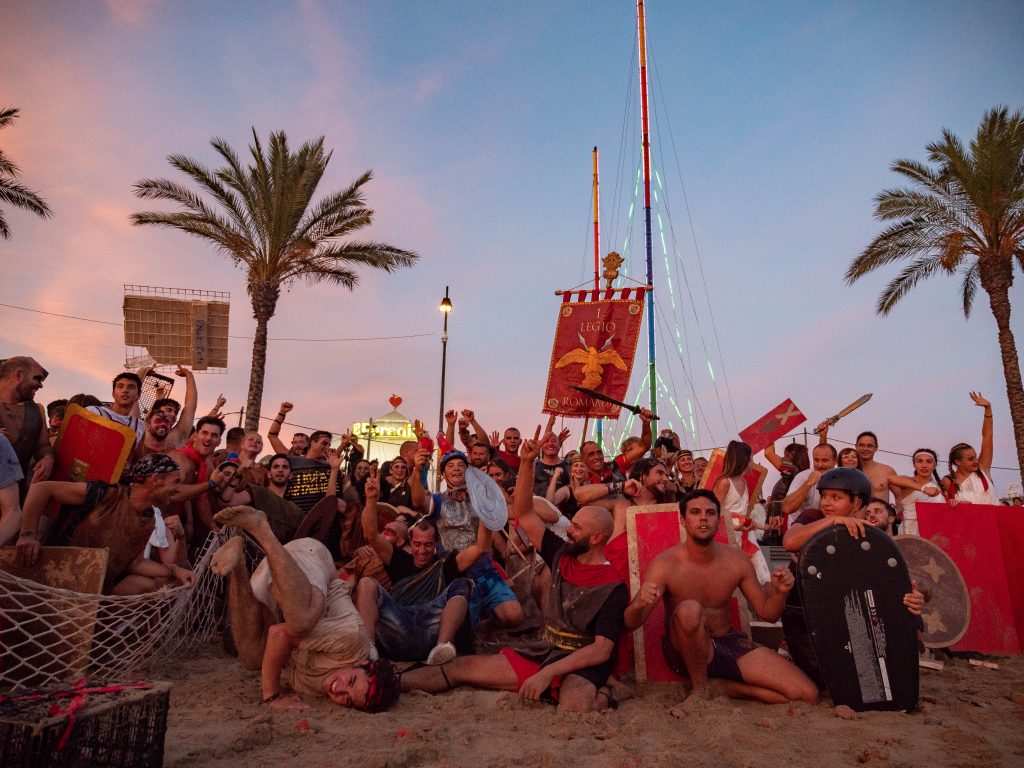 A casual party that commemorates a historic rivalry.

The island of Ibiza played a key role in the trade routes that the Carthaginians established in the southern Mediterranean. Rivalry with the Romans took the form of successive epic battles to determine who would take power. In the context of this historic and legendary rivalry, Sant Antoni holds a lighthearted festival to commemorate one of these episodes. Usually serving as the culmination of the Sant Bartomeu festivities, an entertaining recreation of a Roman landing takes place on s’Arenal beach, located in the bay. The swords play a purely ornamental role while hundreds of kilos of overripe tomatoes take over as the main weapon. The two sides, one on board boats and the other on the shore, engage in a friendly battle that has been a great success among visitors and locals for more than 15 years.

Platja de s’Arenal
How to arrive? 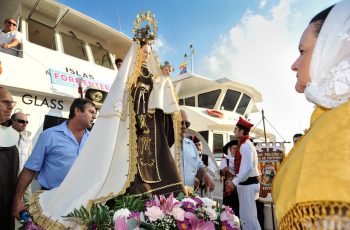 Our Lady of Mount Carmen 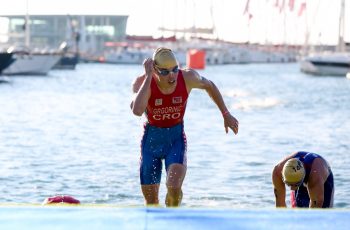 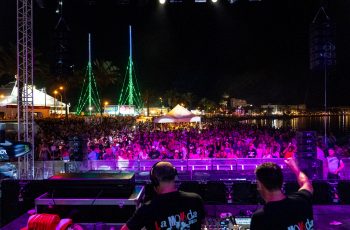 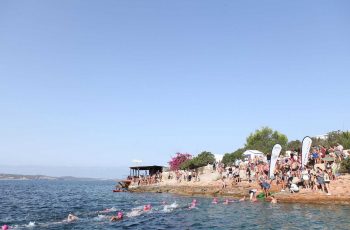