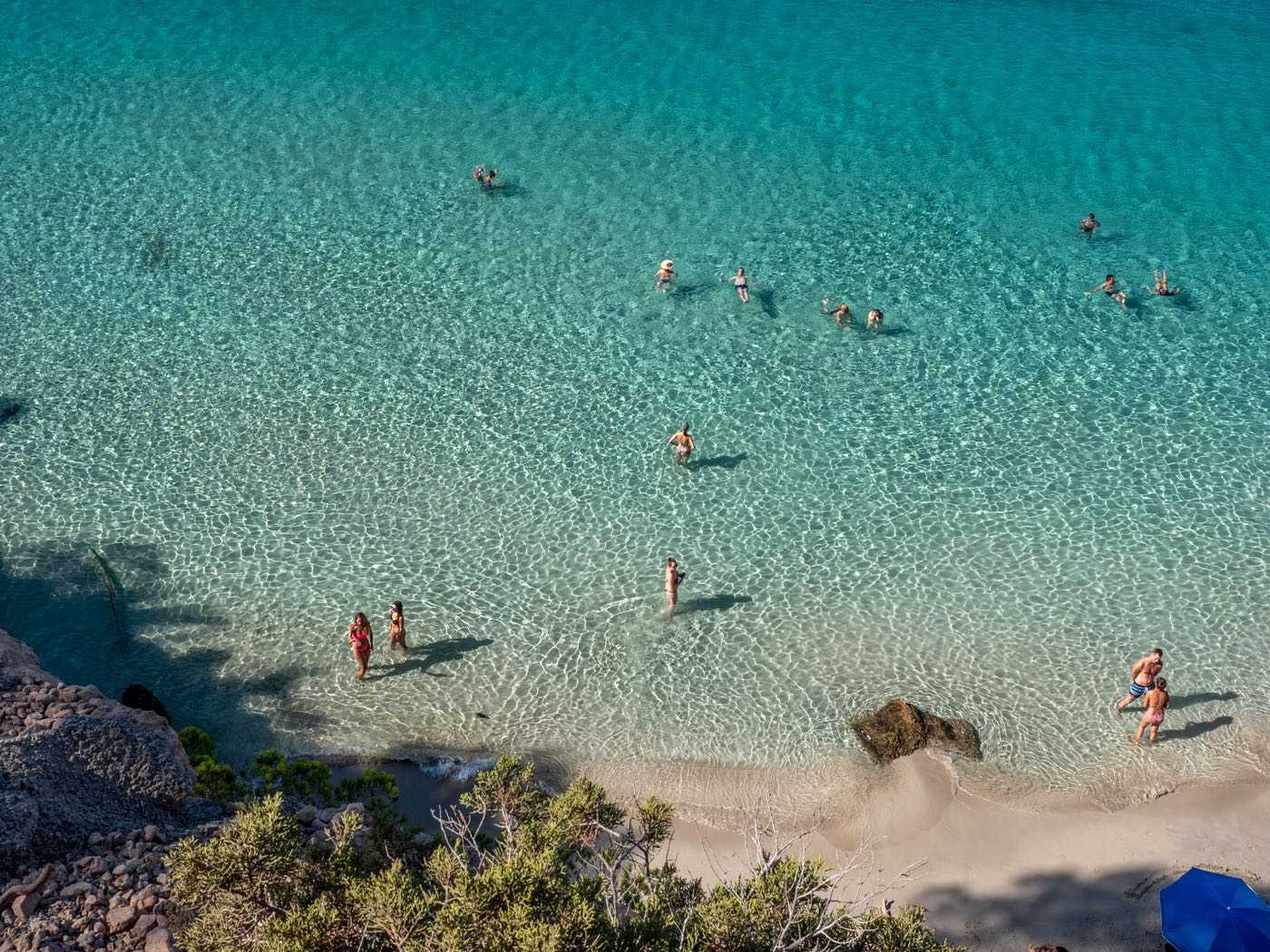 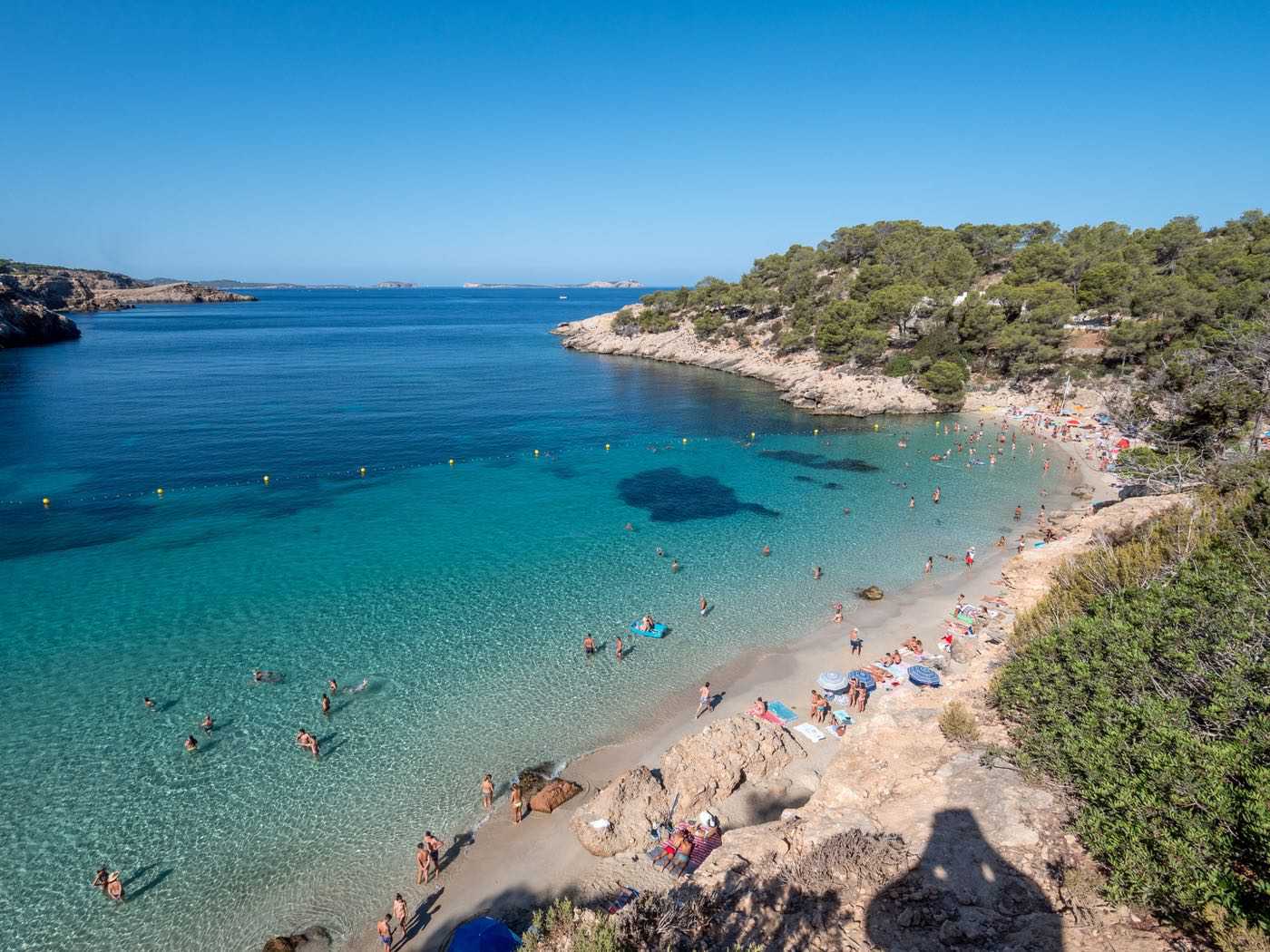 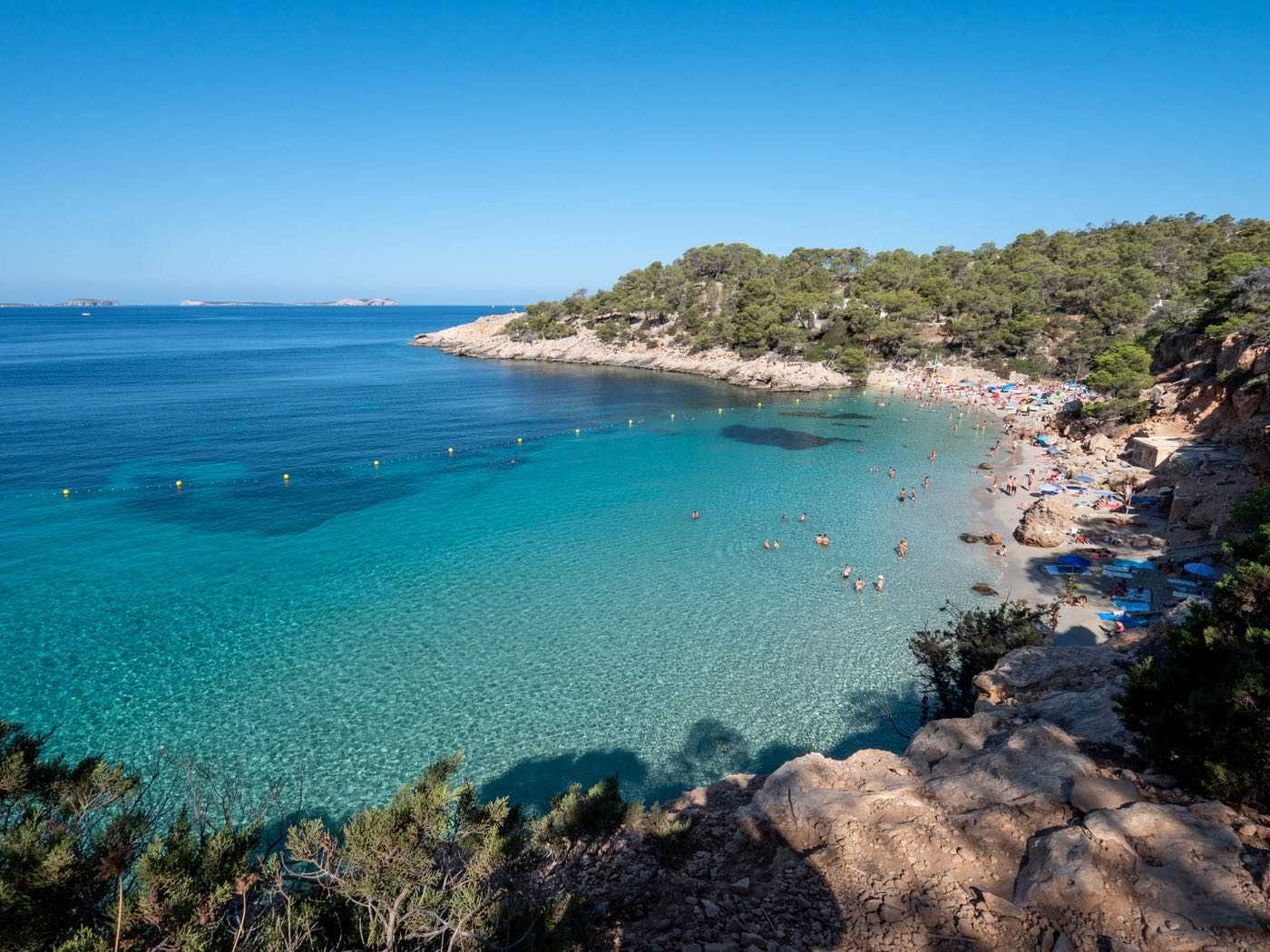 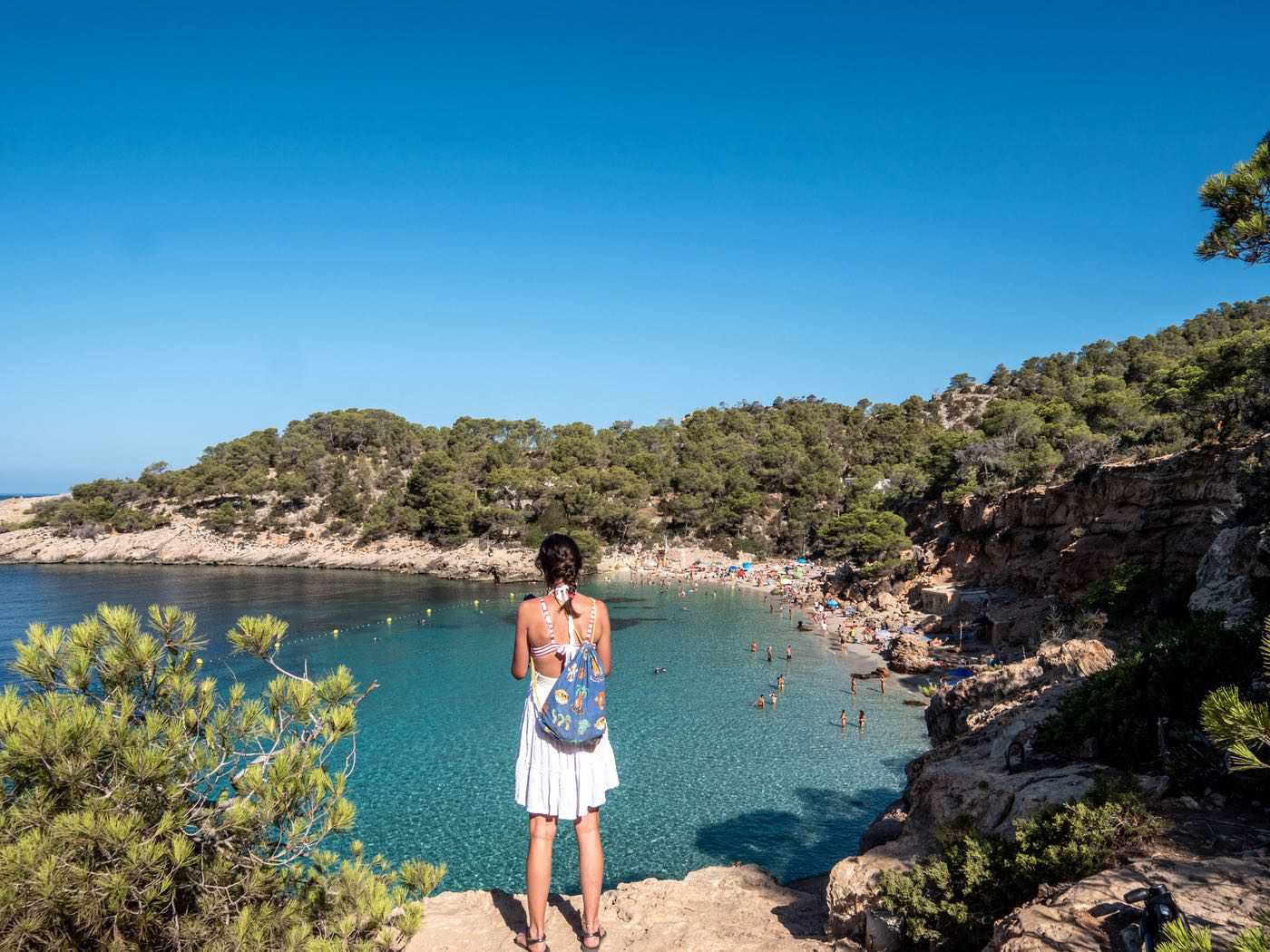 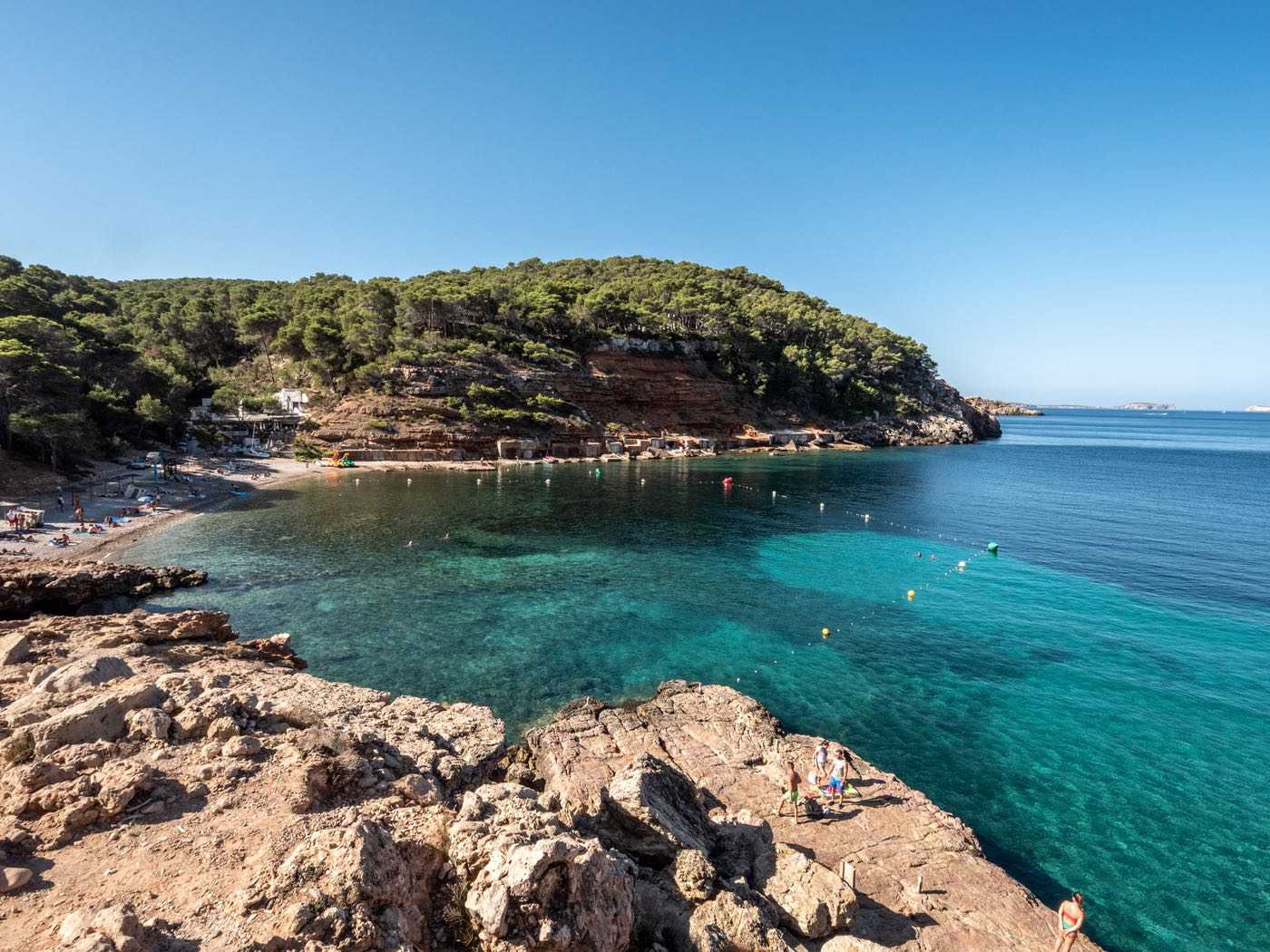 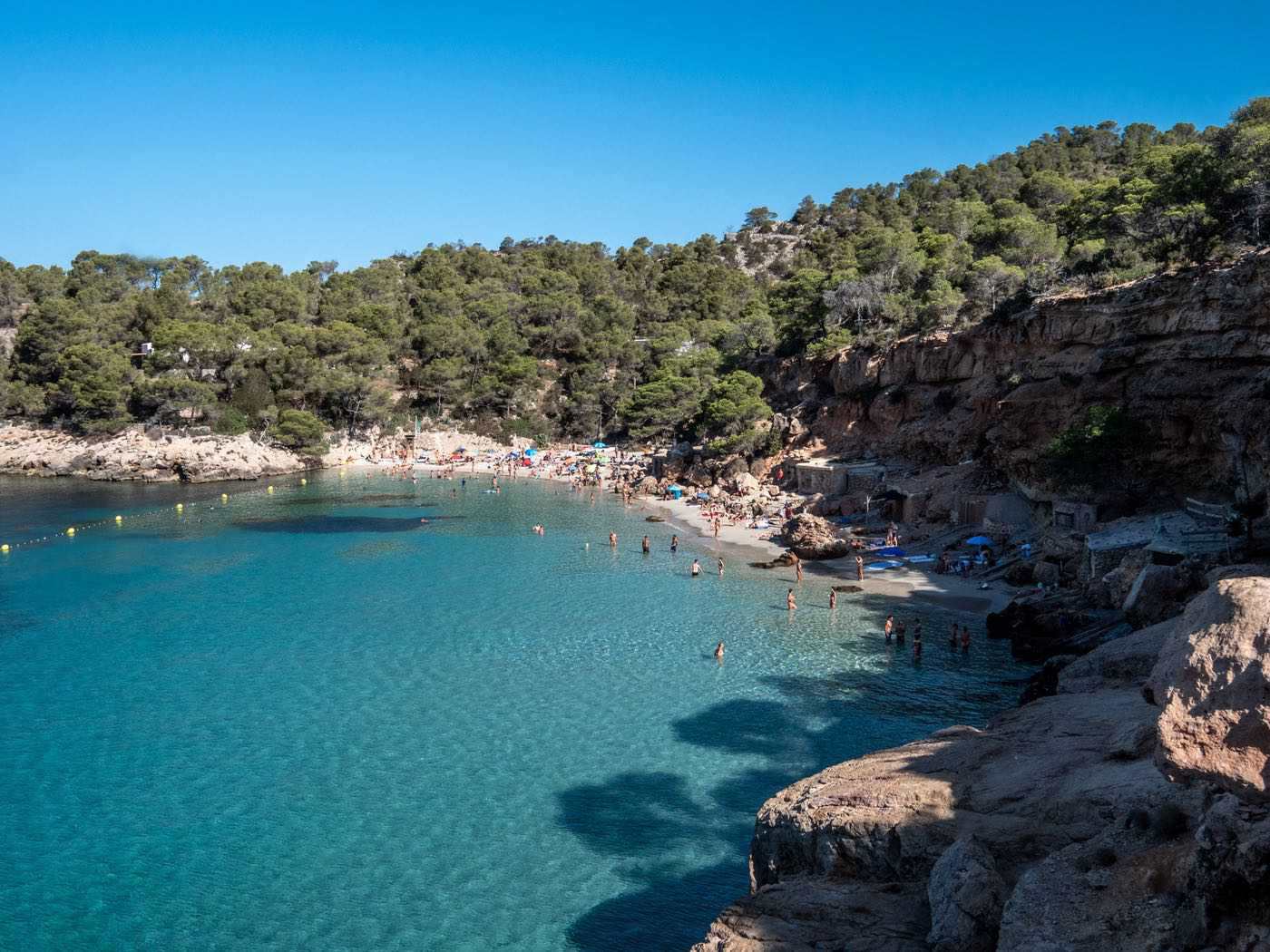 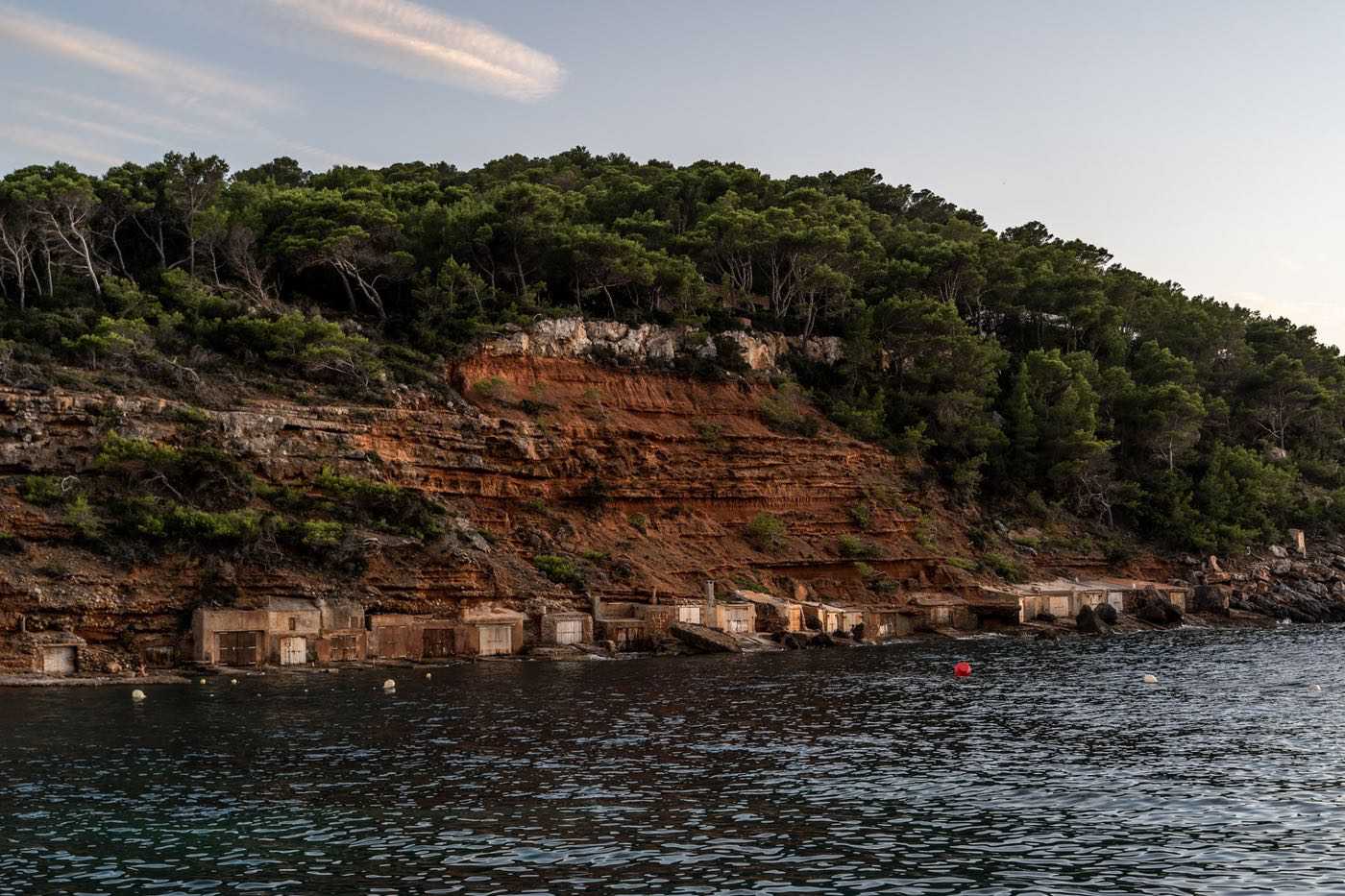 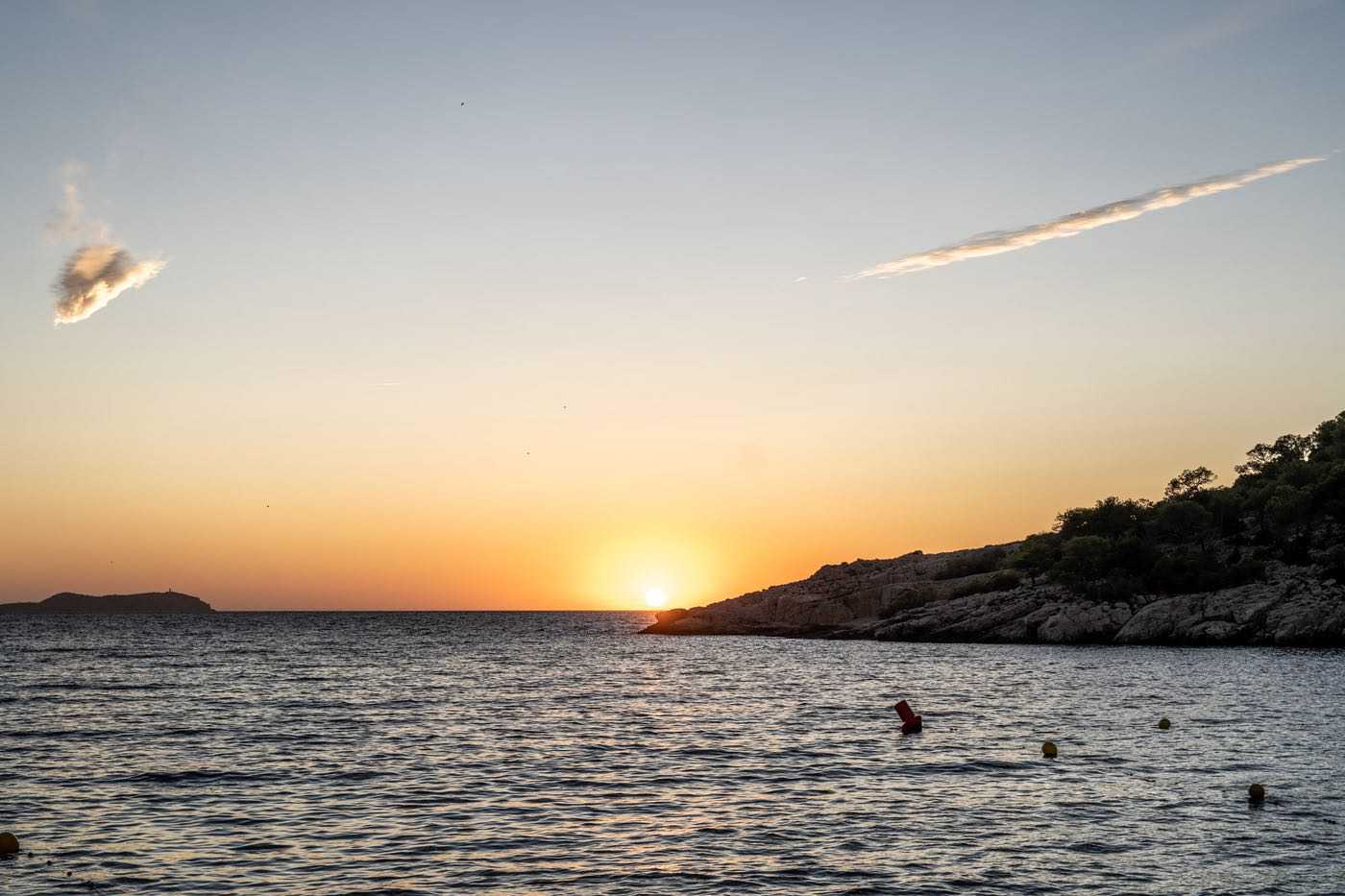 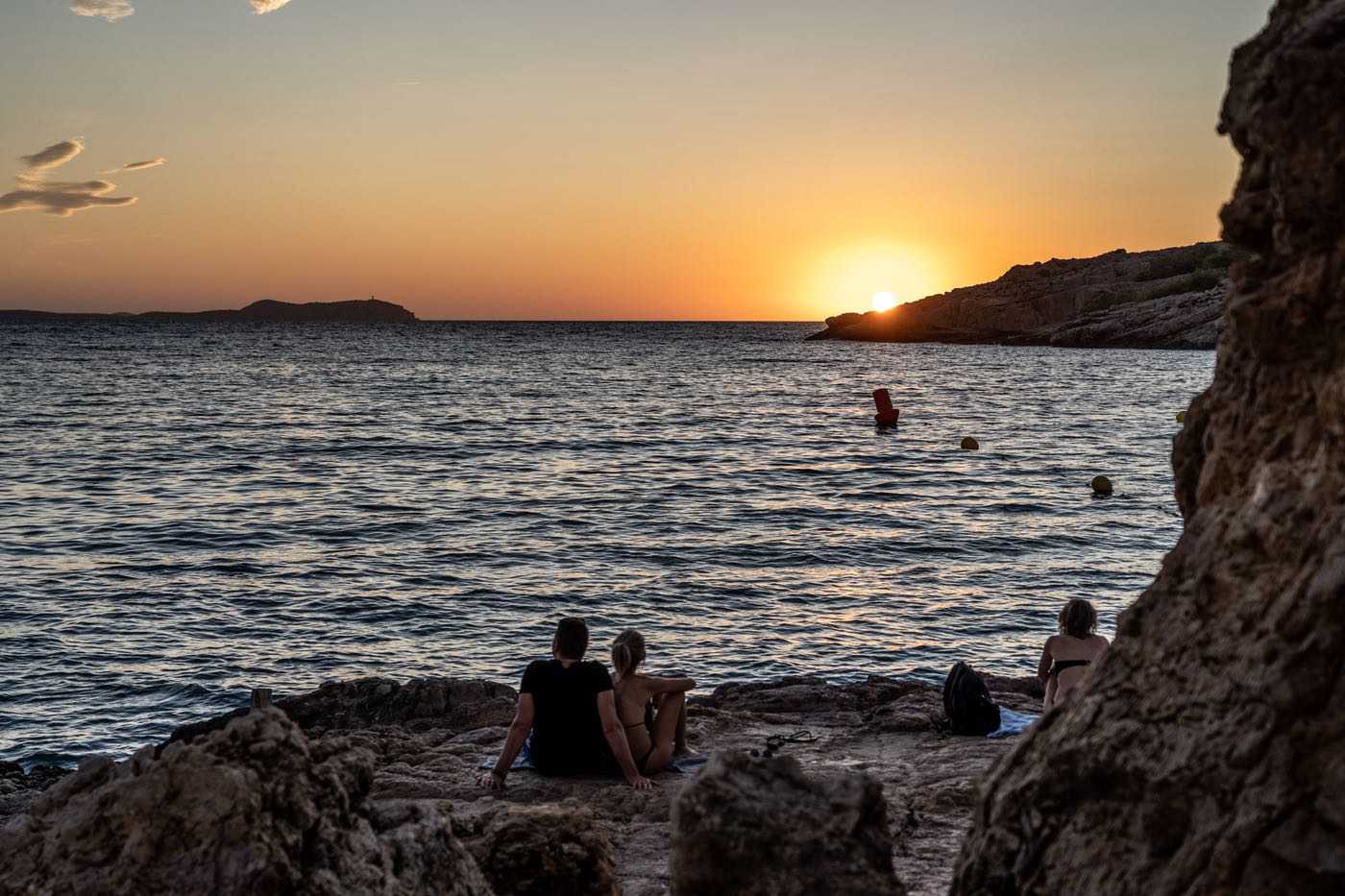 /
Home What to do? Beaches Cala Salada and Cala Saladeta

The two coves, Cala Salada and Cala Saladeta, are one of the most beautiful spots on the coast of Sant Antoni. An unspoilt natural environment, with lush forests and spectacular turquoise waters that immediately tempt you to take a dip make these two coves a major tourist attraction. So much so that, for the sake of their conservation, the two coves became the first “connected beaches” on Ibiza. A system that allows users to leave their car in a free car park and take a bus to the beach. They are also connected by sea to the port of Sant Antoni; a quaint little jetty between the two serving as both a dock for boats and a solarium for bathers.

While Cala Salada has a restaurant and easy access, Cala Saladeta has no amenities and can only be reached via a coastal path. The two coves are separated by a rocky cliff, at the base of which a number of picturesque boathouses can be seen.

The coastline around them is ideal for kayaking. From Cala Salada you can enjoy magnificent sunsets and Cala Saladeta has spectacular crystalline waters and sandy bottoms, like a large natural swimming pool.

As a curiosity, if you swim between the two coves, you can experience a sudden change in the temperature of the water at a very precise point at the foot of the cliff.

Beaches
This white sandy beach is halfway around the bay of Sant Antoni, after Punta des Molí.

Beaches
A superb urban beach located at the very centre of the bay of Sant Antoni.

Beaches
This marvellous pair of coves are located to the north of the town of Sant Antoni.

Beaches
Es Caló des Moro, a name that reminds us of the close link between the island and the Moorish occupation.