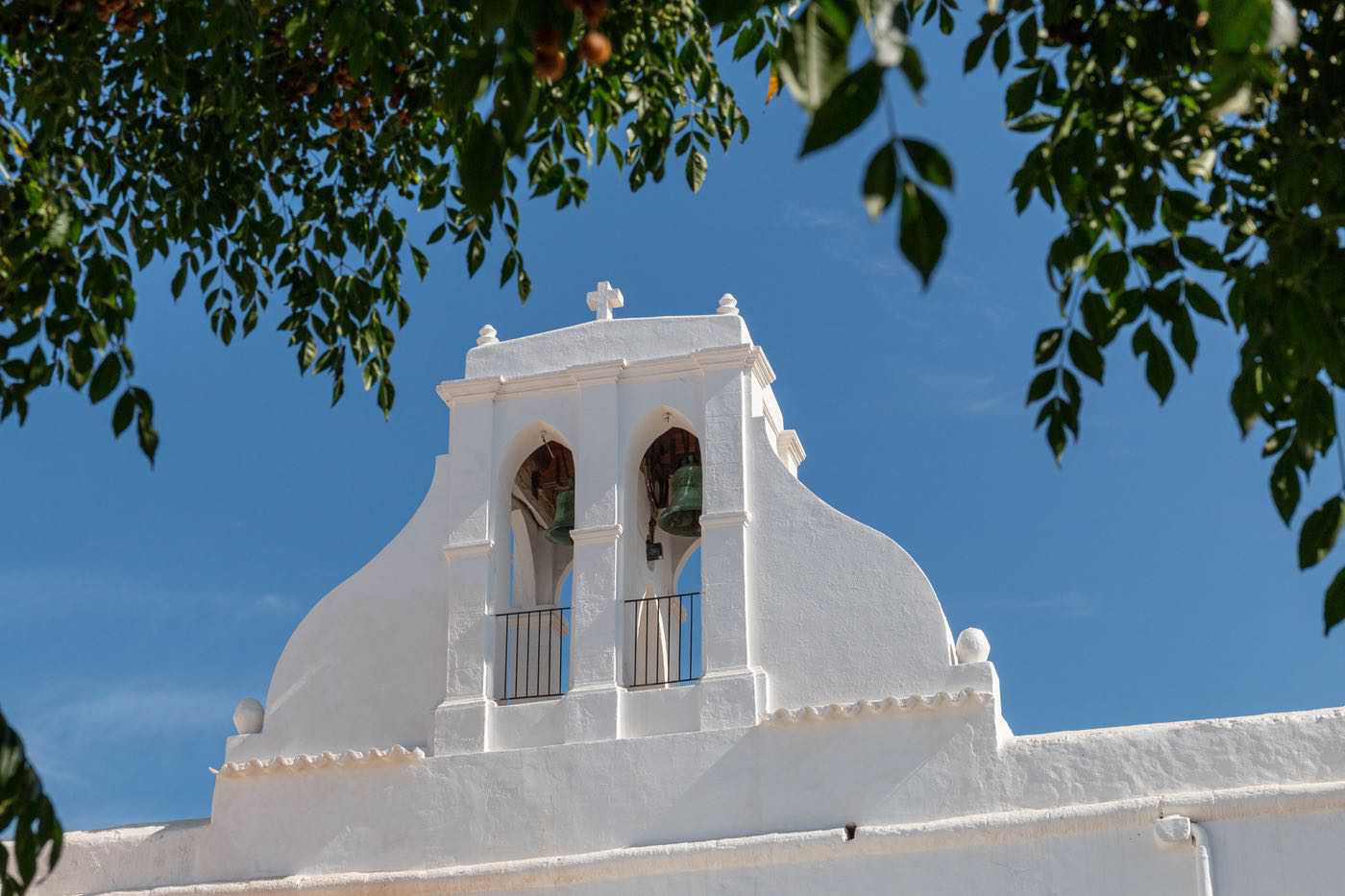 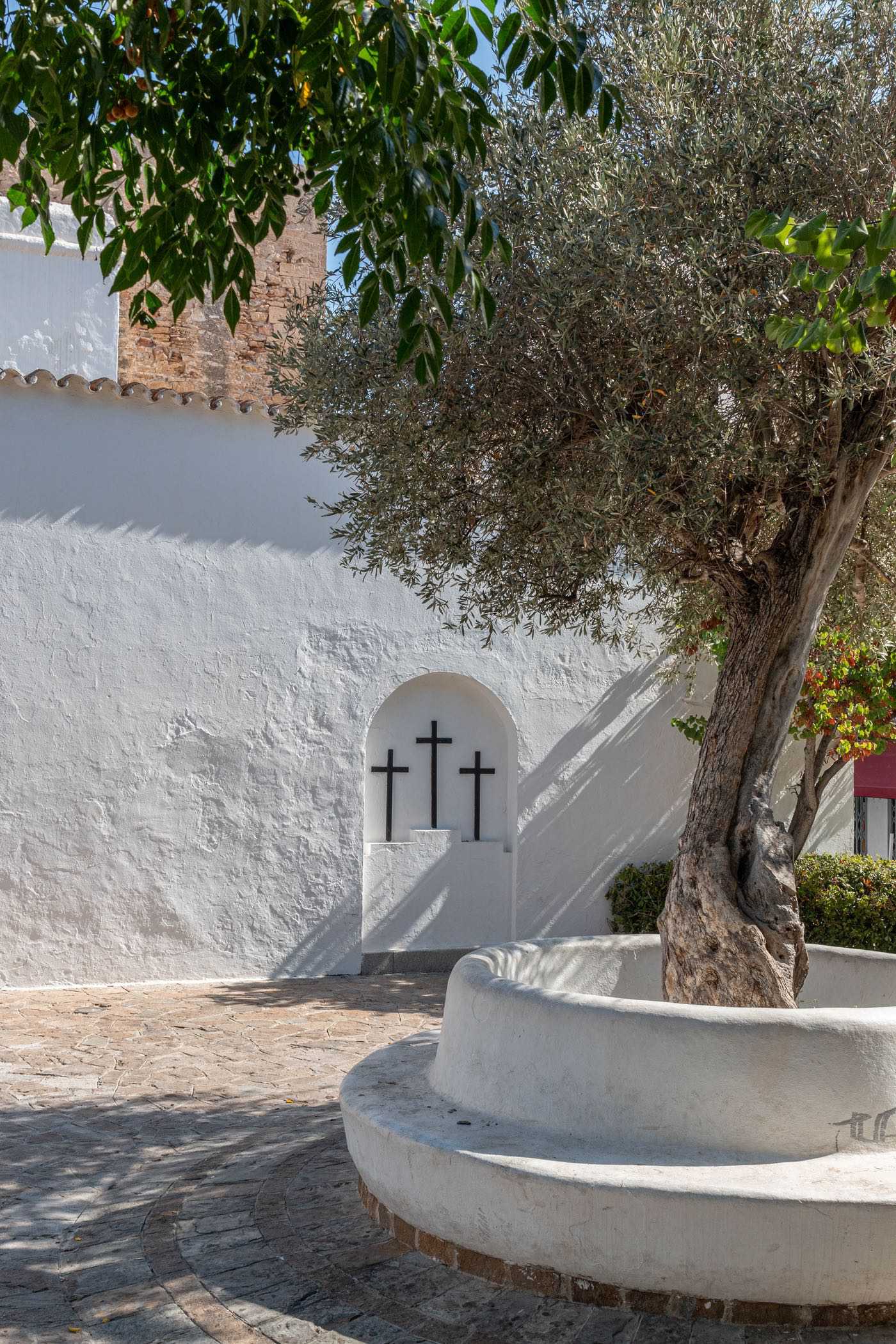 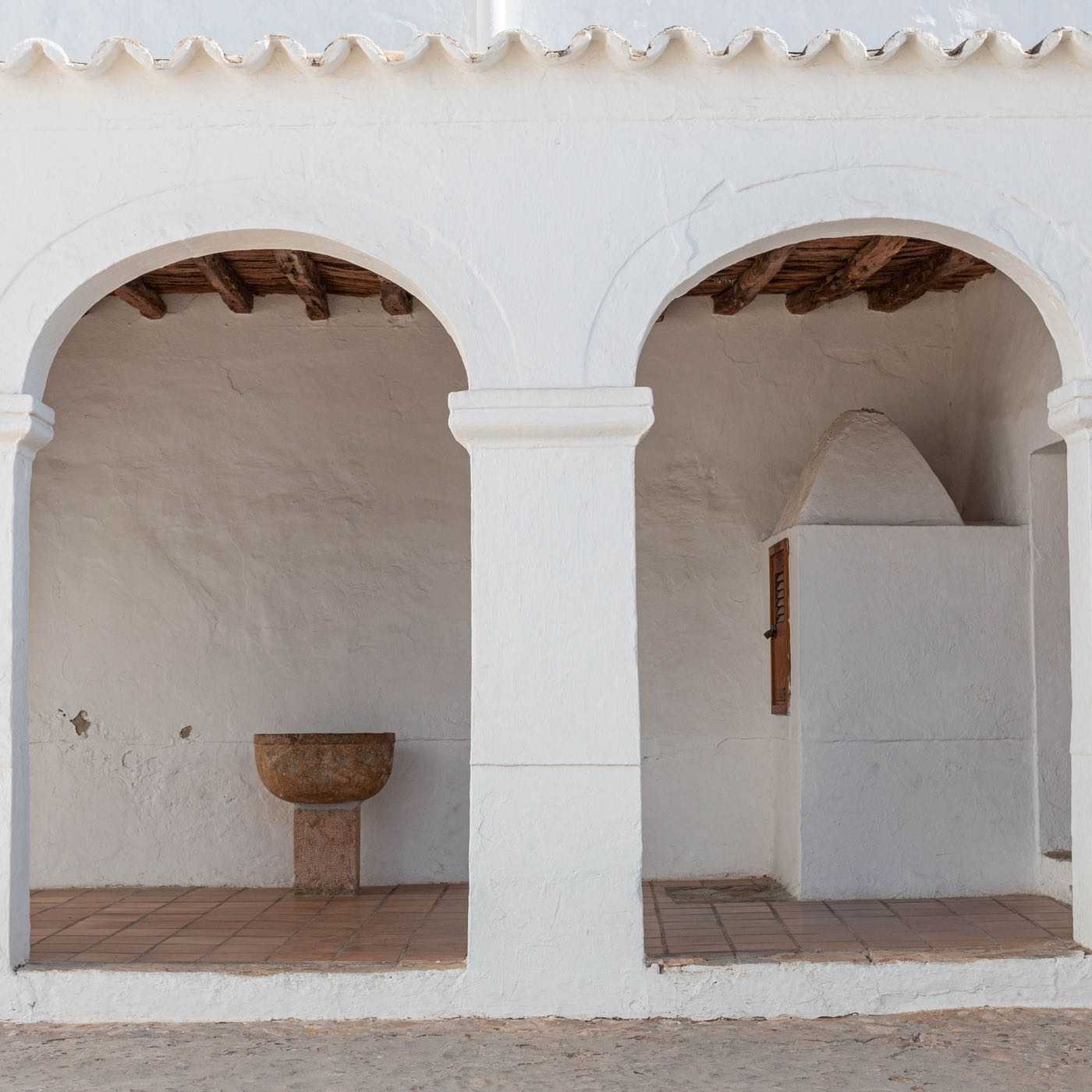 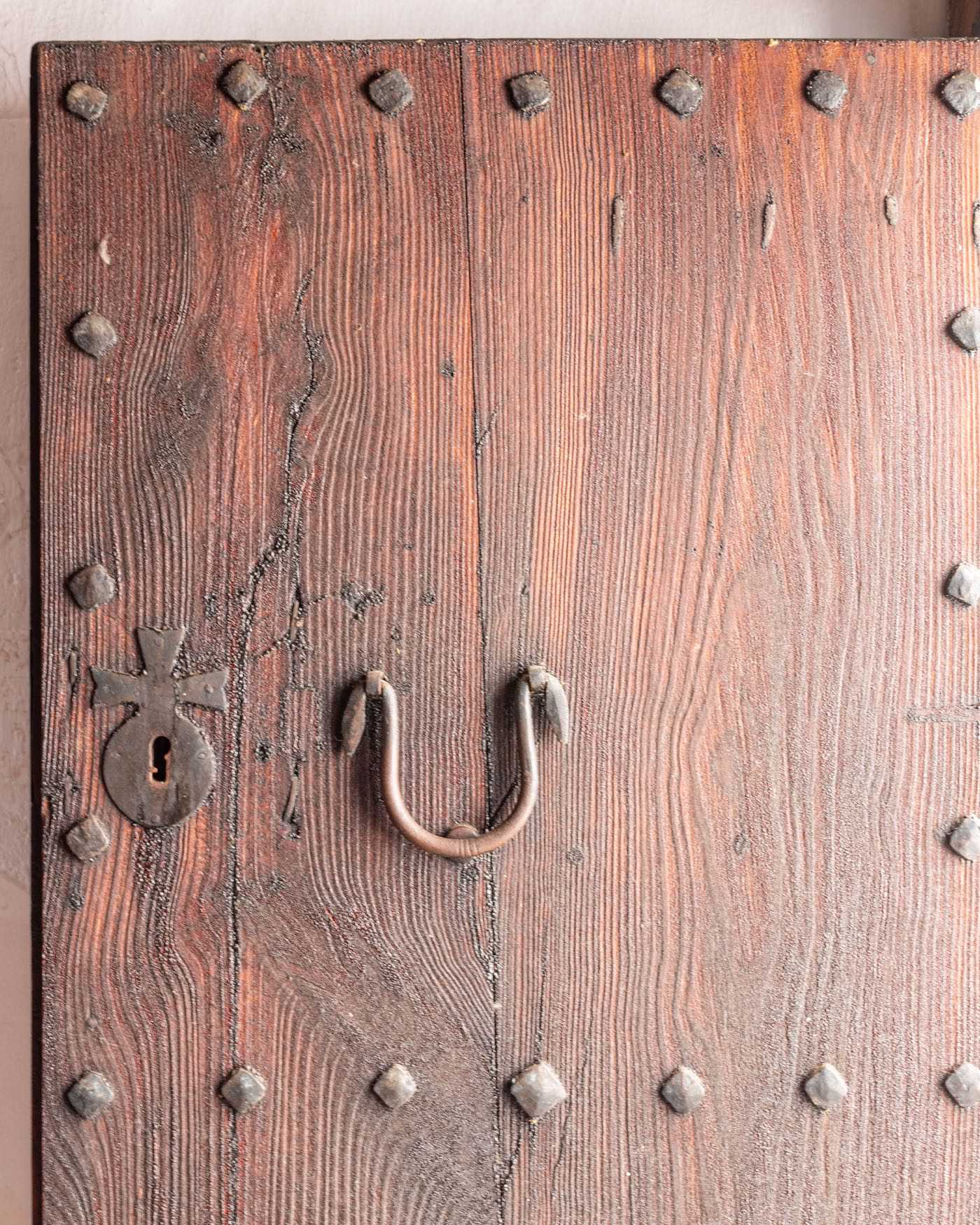 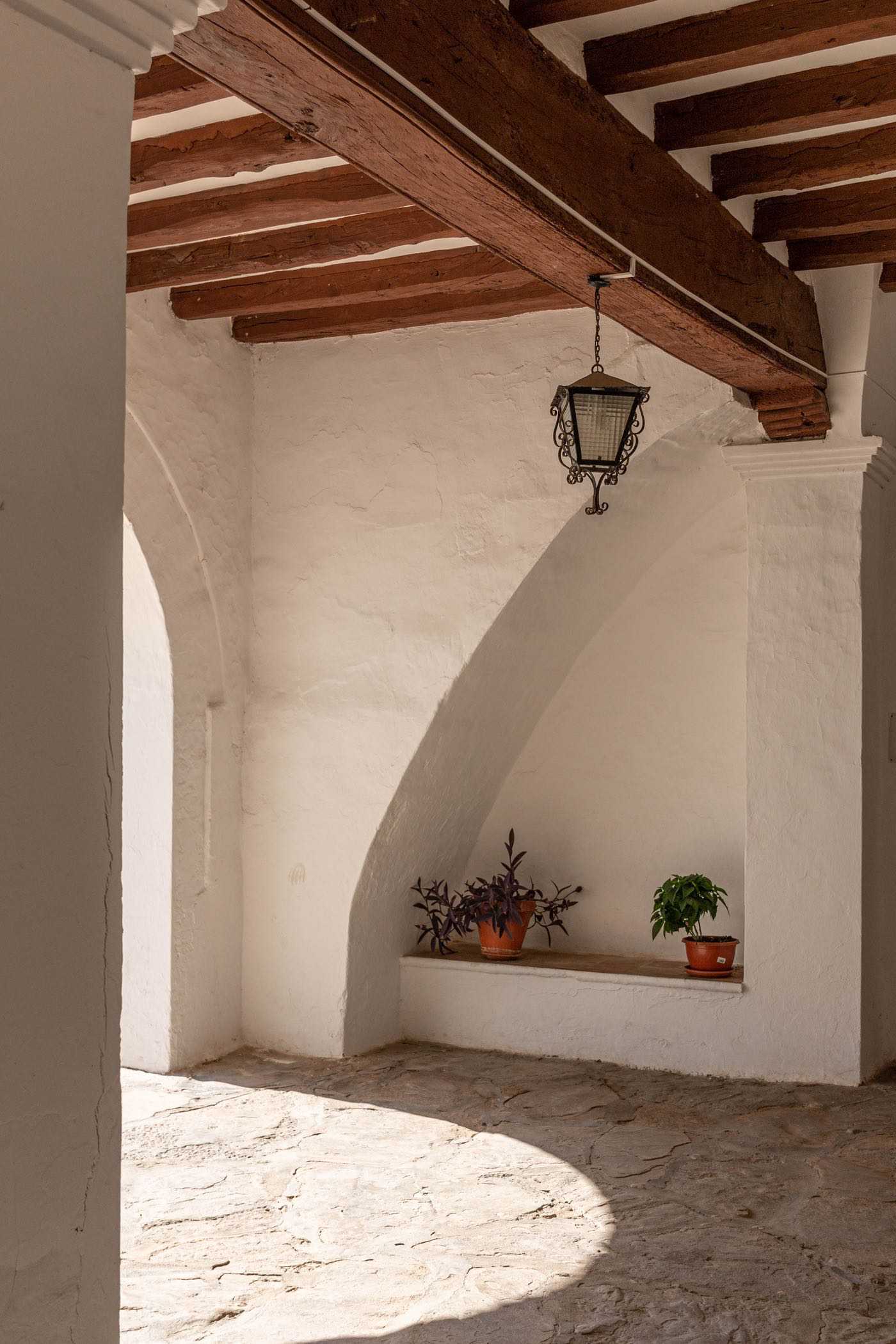 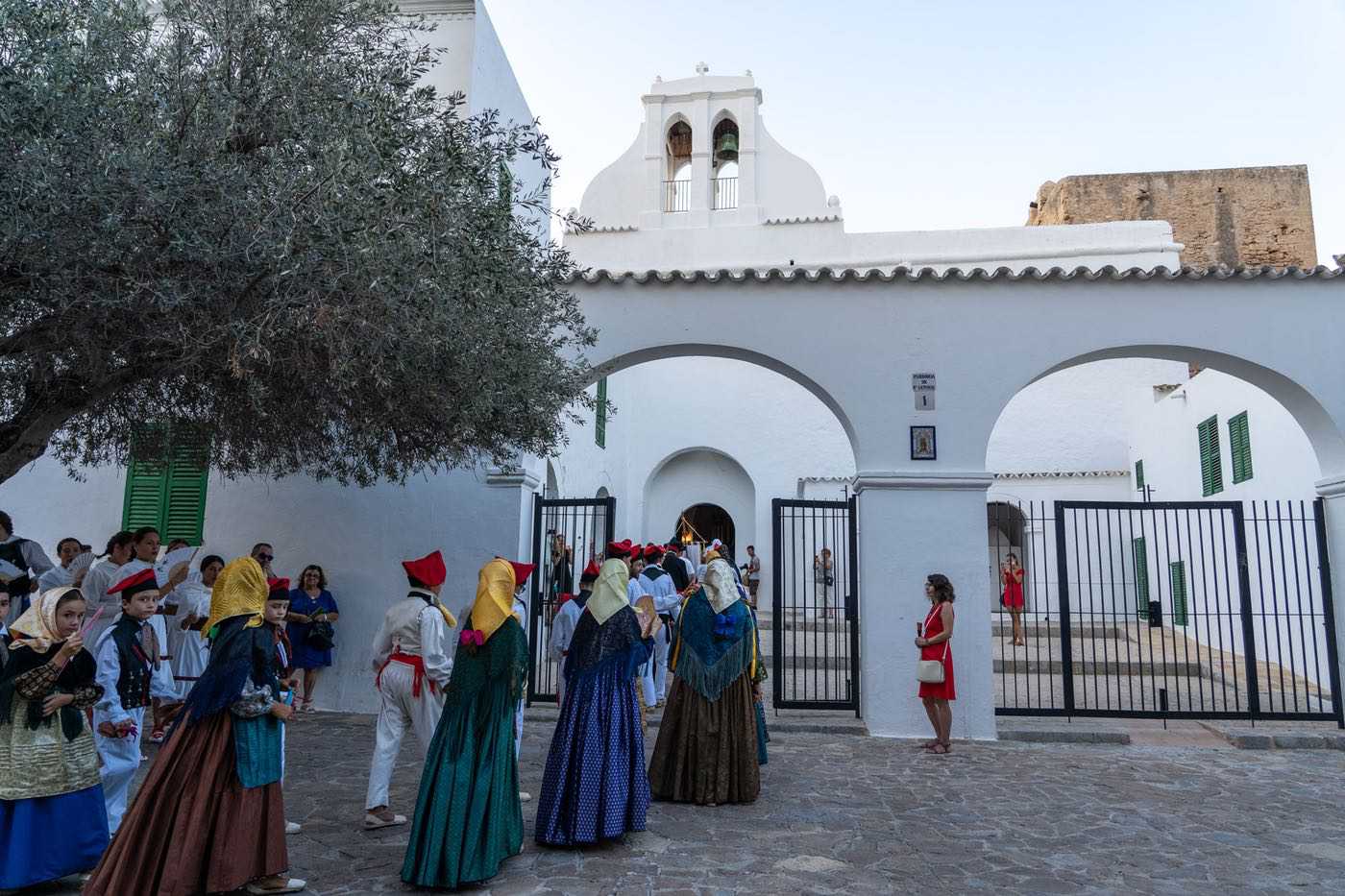 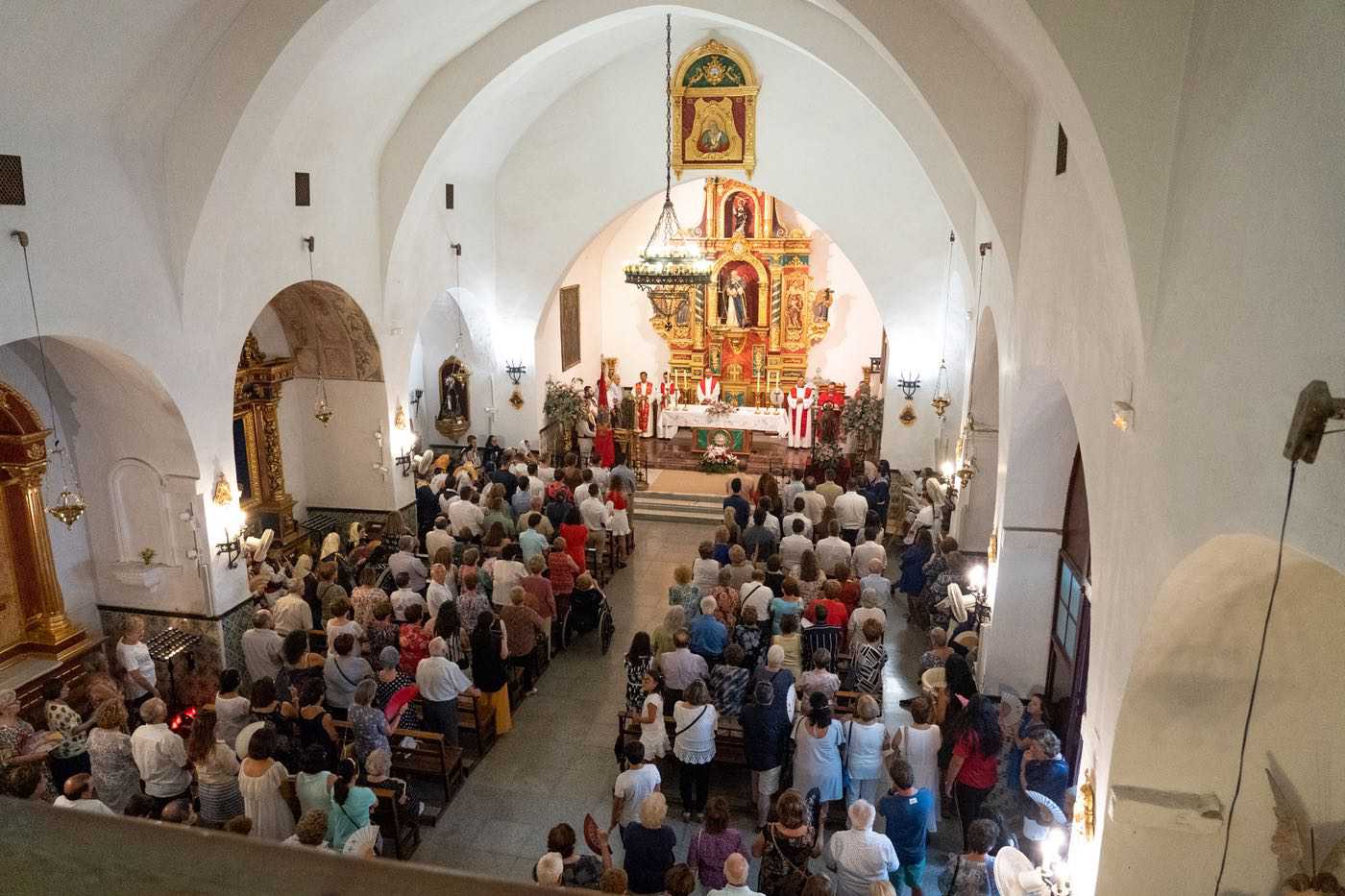 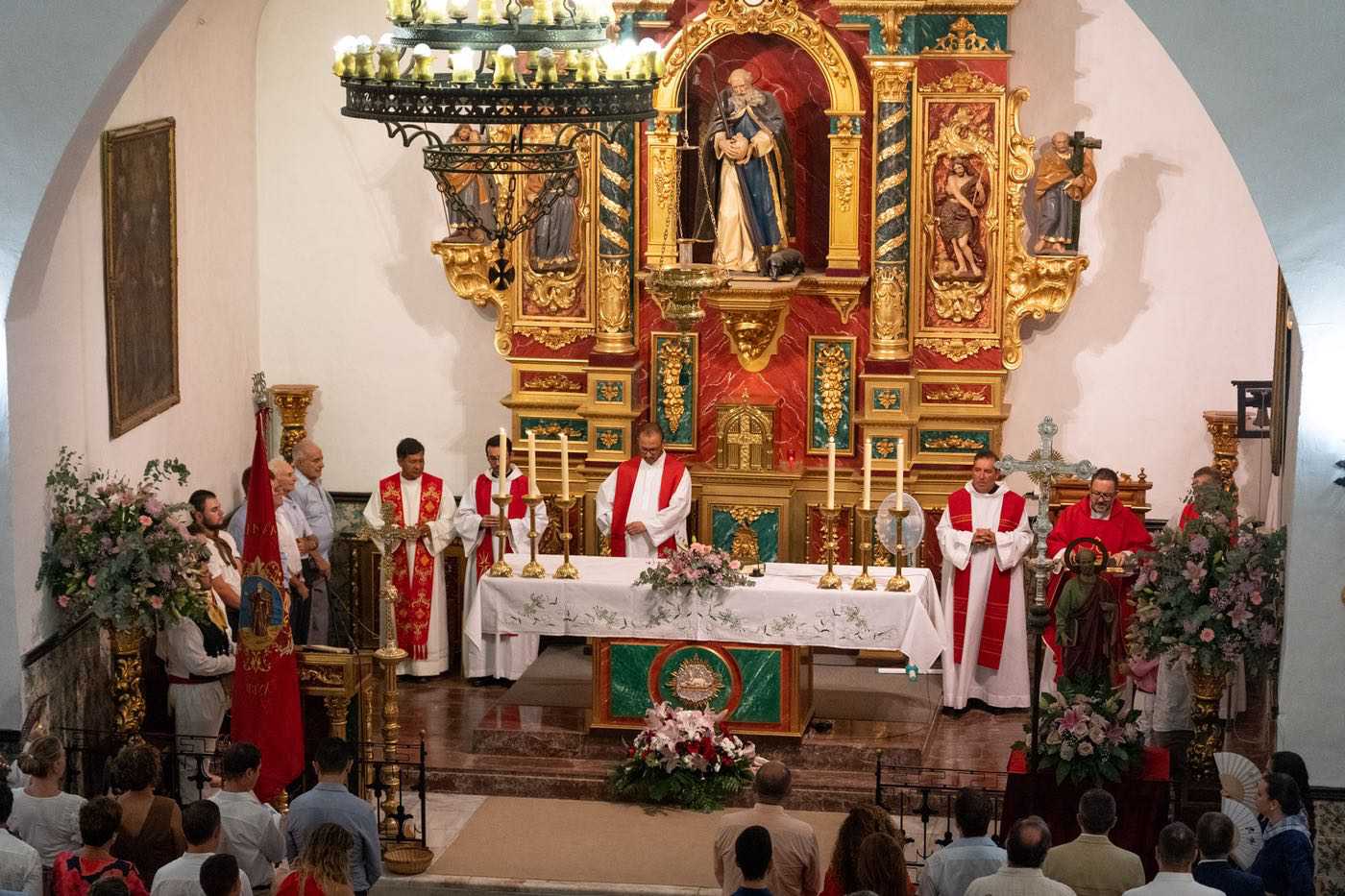 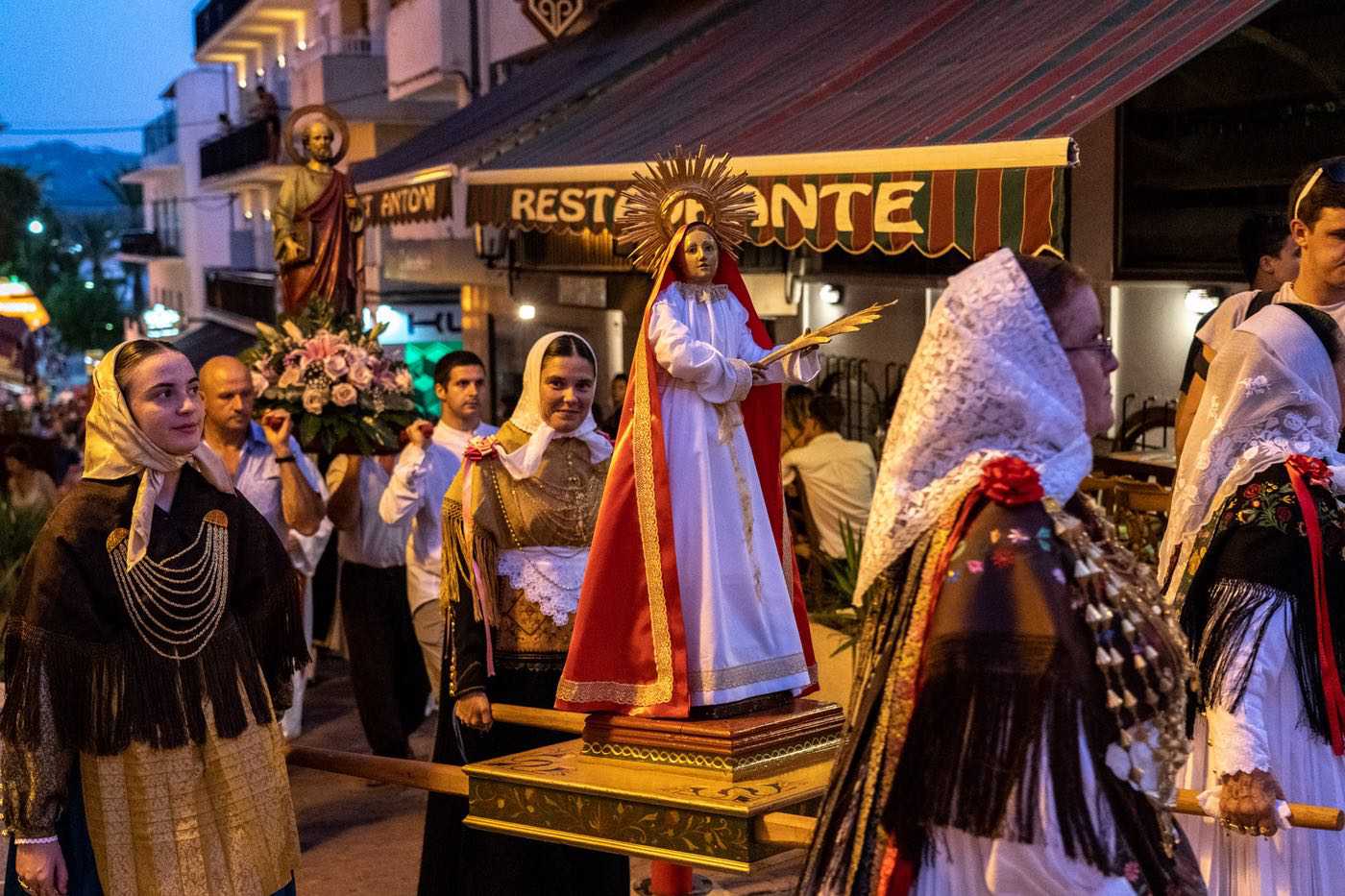 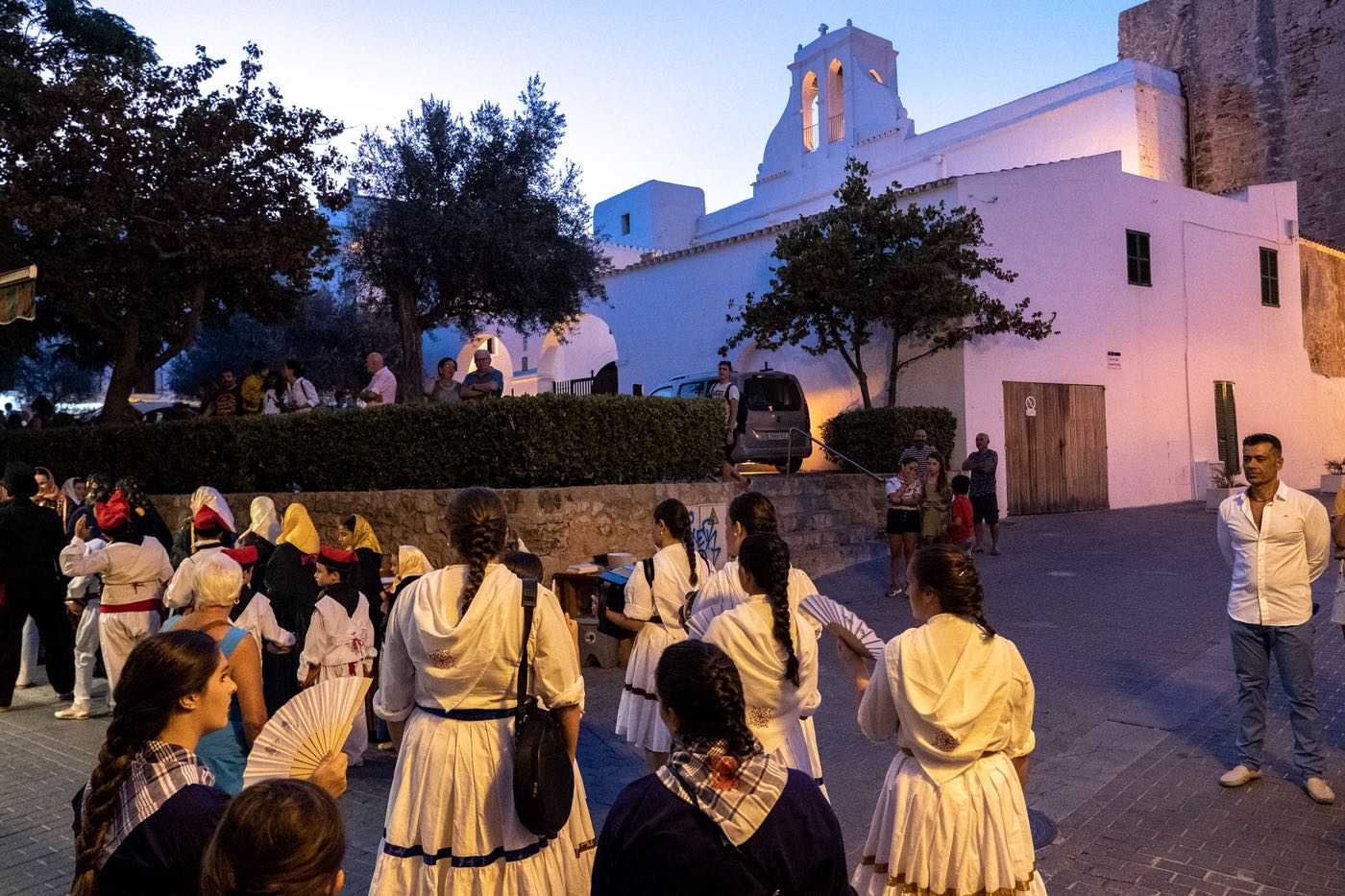 /
Home What to do? Churches Church of Sant Antoni

The imposing church of Sant Antoni, next to the harbour, represents the town’s focal point. It was started at the beginning of the 14th century and was subject to various additions up to the 17th century. It is the typical example of a fortified church, with iron doors, thick walls and very small windows to offer the inhabitants refuge from attacks by pirates and corsairs. Cannons were even installed in the tower to fight off enemy ships. Inside, a well of drinking water increased the chances of survival of the refugees.

The church has a large and beautiful outer courtyard and is entirely whitewashed except for the rear wall, where the bare stones are left unpainted, highlighting its solidity. The whole ensemble is elegant and is surrounded by a pleasant pedestrian area with a varied range of hotels and shops.

Churches
If you go from the city of Ibiza to Sant Antoni by road, halfway there, on the right hand side, you will see a beautiful church on a hill...