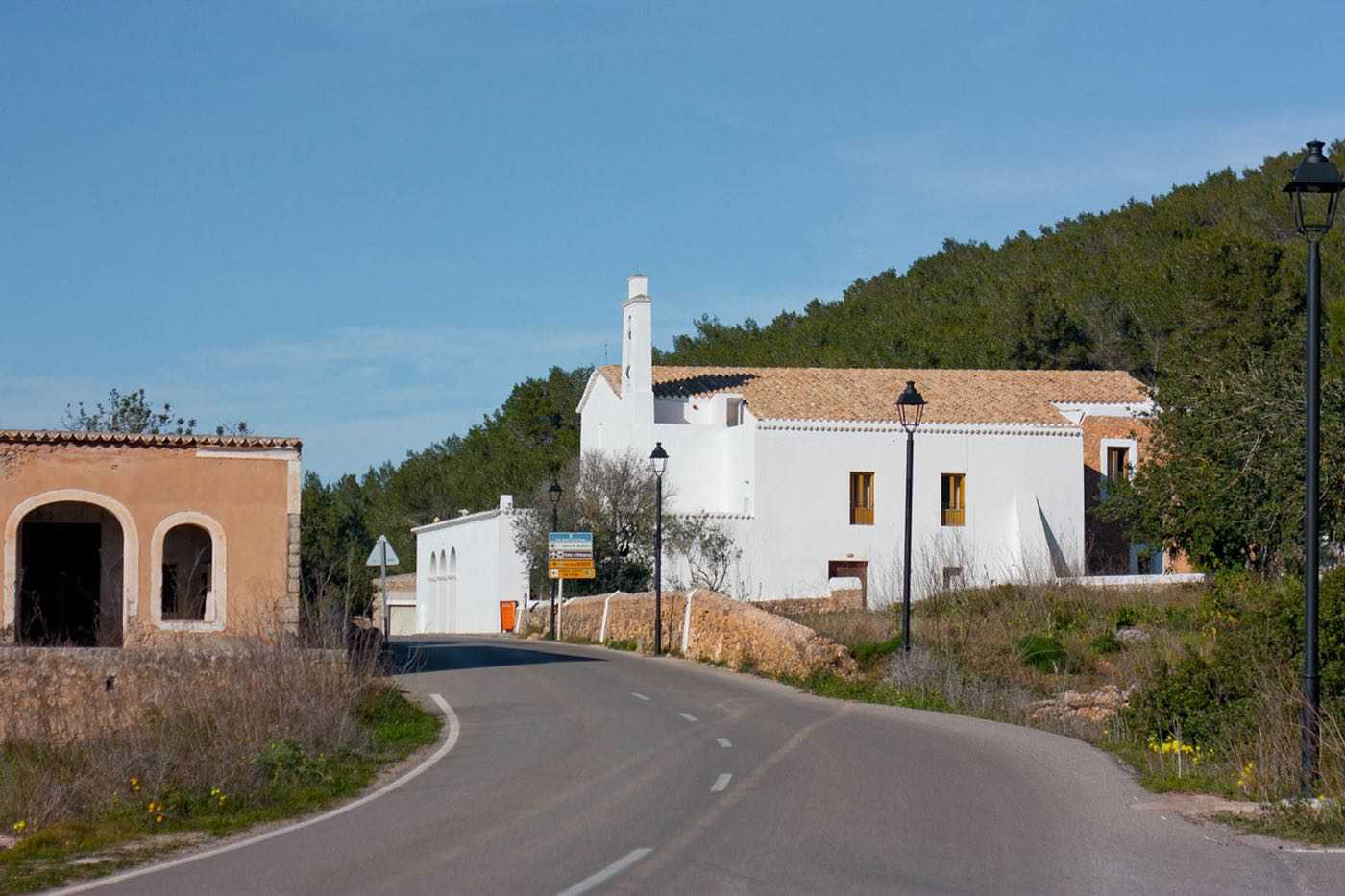 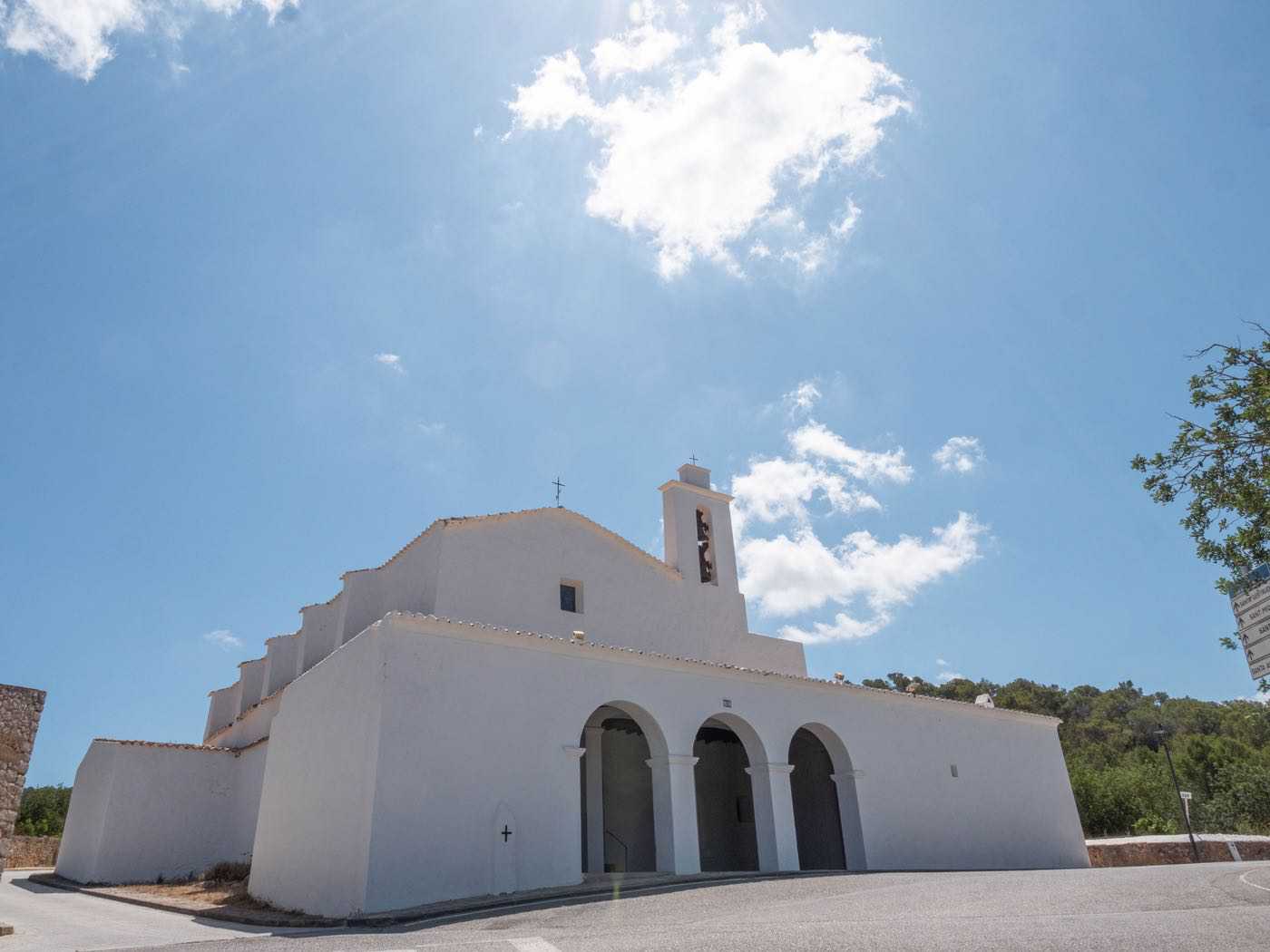 /
Home What to do? Churches Church of Sant Mateu

This beautiful church stands at the beginning of what is known as the “pla de sant Mateu”, a wide plain of fertile lands bordered, like a natural amphitheatre, by gentle hills covered with “marges” (stone walls) and pine forests. It is a small but quaint building with a corner bell tower, which distinguishes it from other churches with a central bell tower. Its porticoed entrance, also displaced towards the other end, gives the construction a pleasing natural balance. The white of its walls contrasts with the green of the forest and the reddish colour of the farmland. A unique sight enjoyed every season by the thousands of visitors who enter the most authentic Ibiza. It was built in the 18th century, and, as legend would have it, in close competition with the one built by the residents of Santa Inés. Apparently, the latter won the race by making the roofs lower.

Churches
If you go from the city of Ibiza to Sant Antoni by road, halfway there, on the right hand side, you will see a beautiful church on a hill...

Churches
The imposing church of Sant Antoni, next to the harbour, represents the focal town point