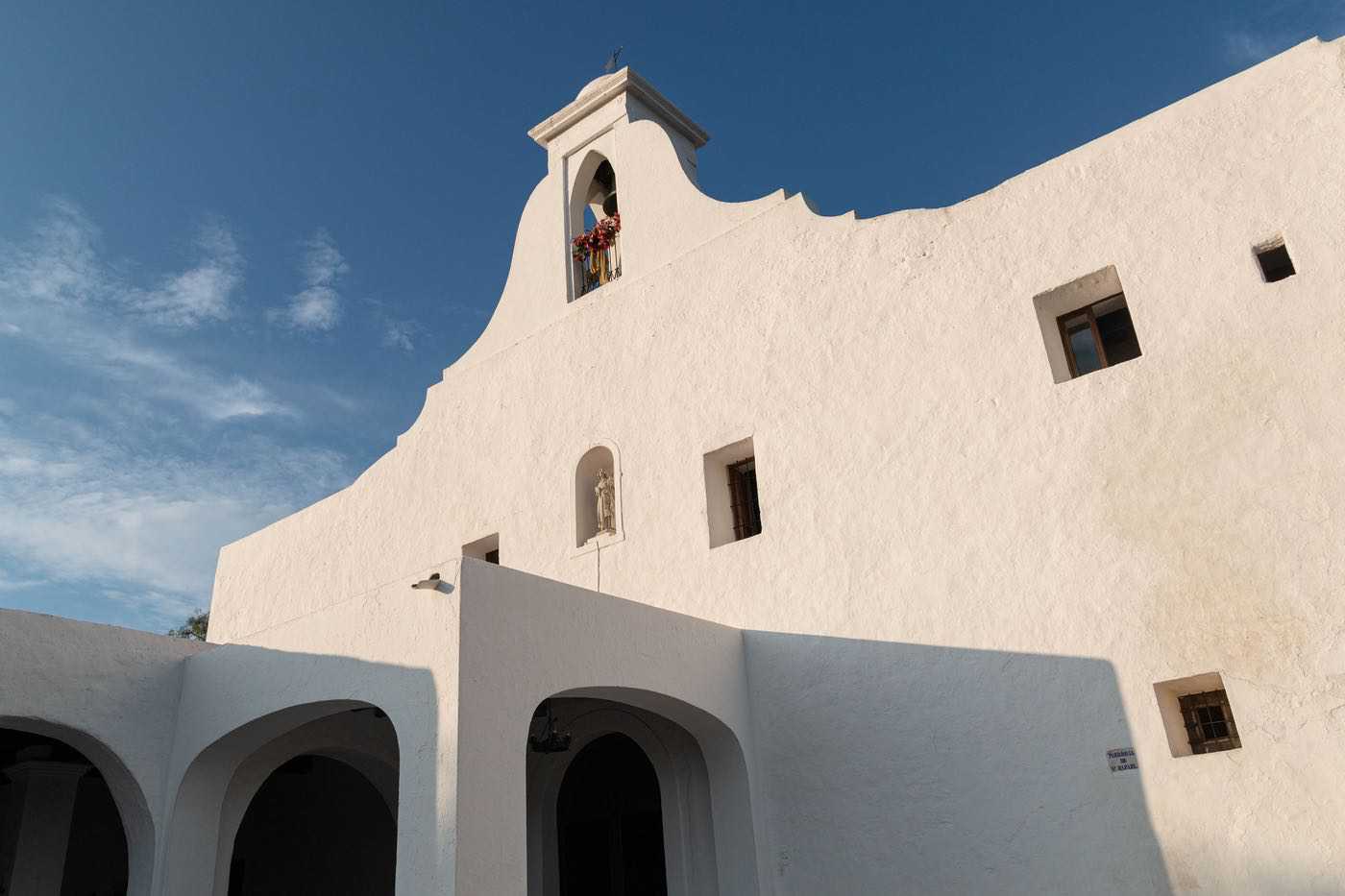 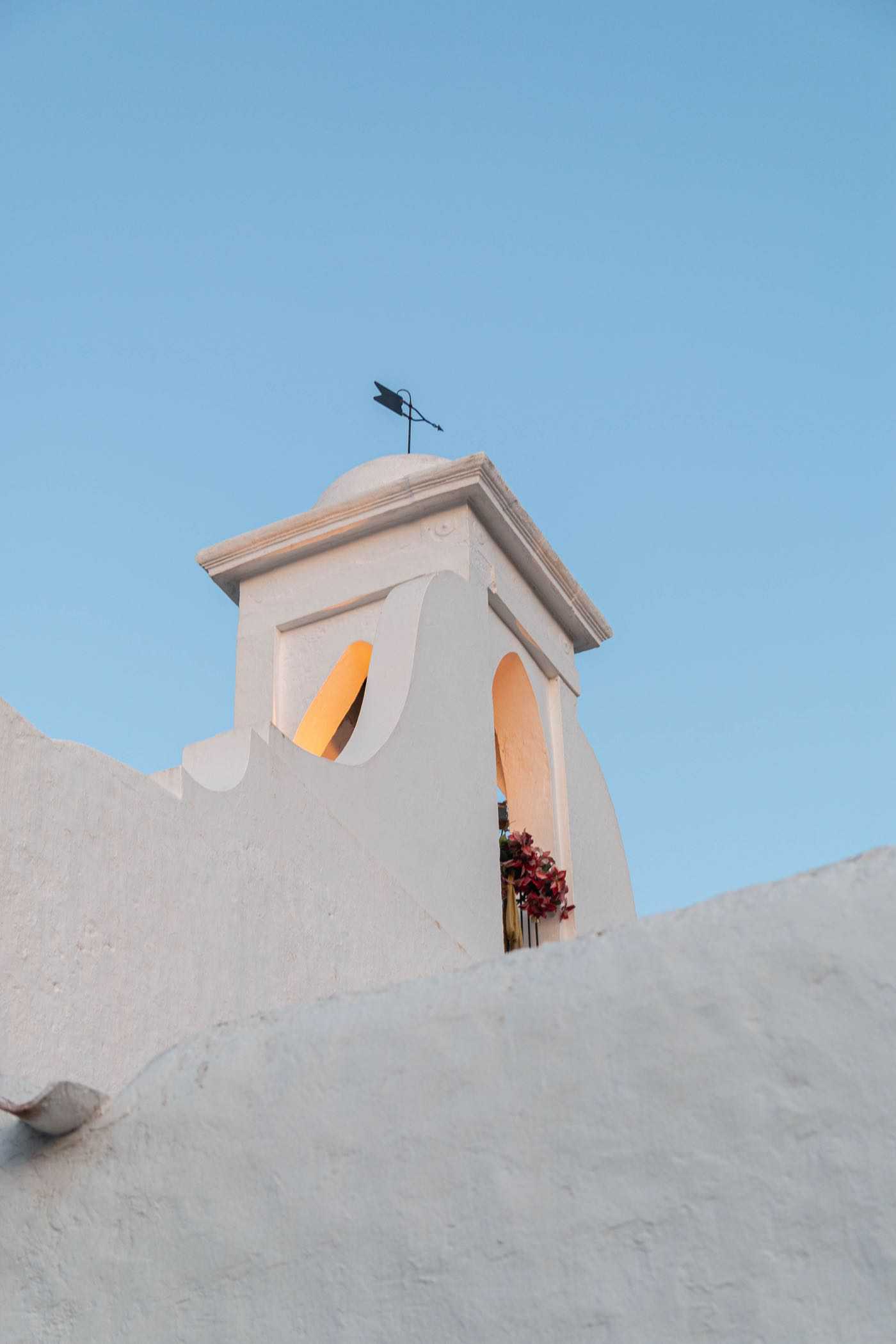 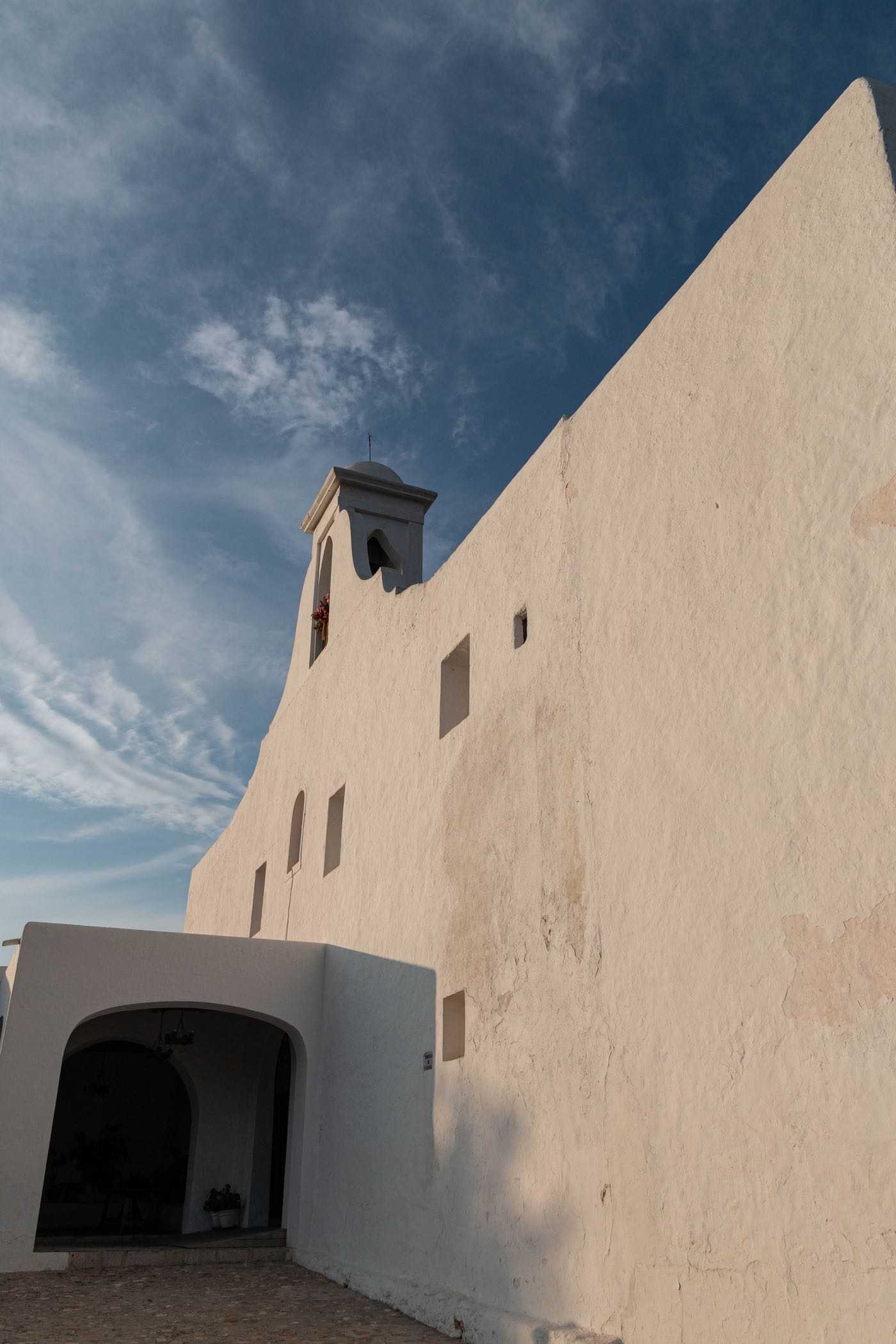 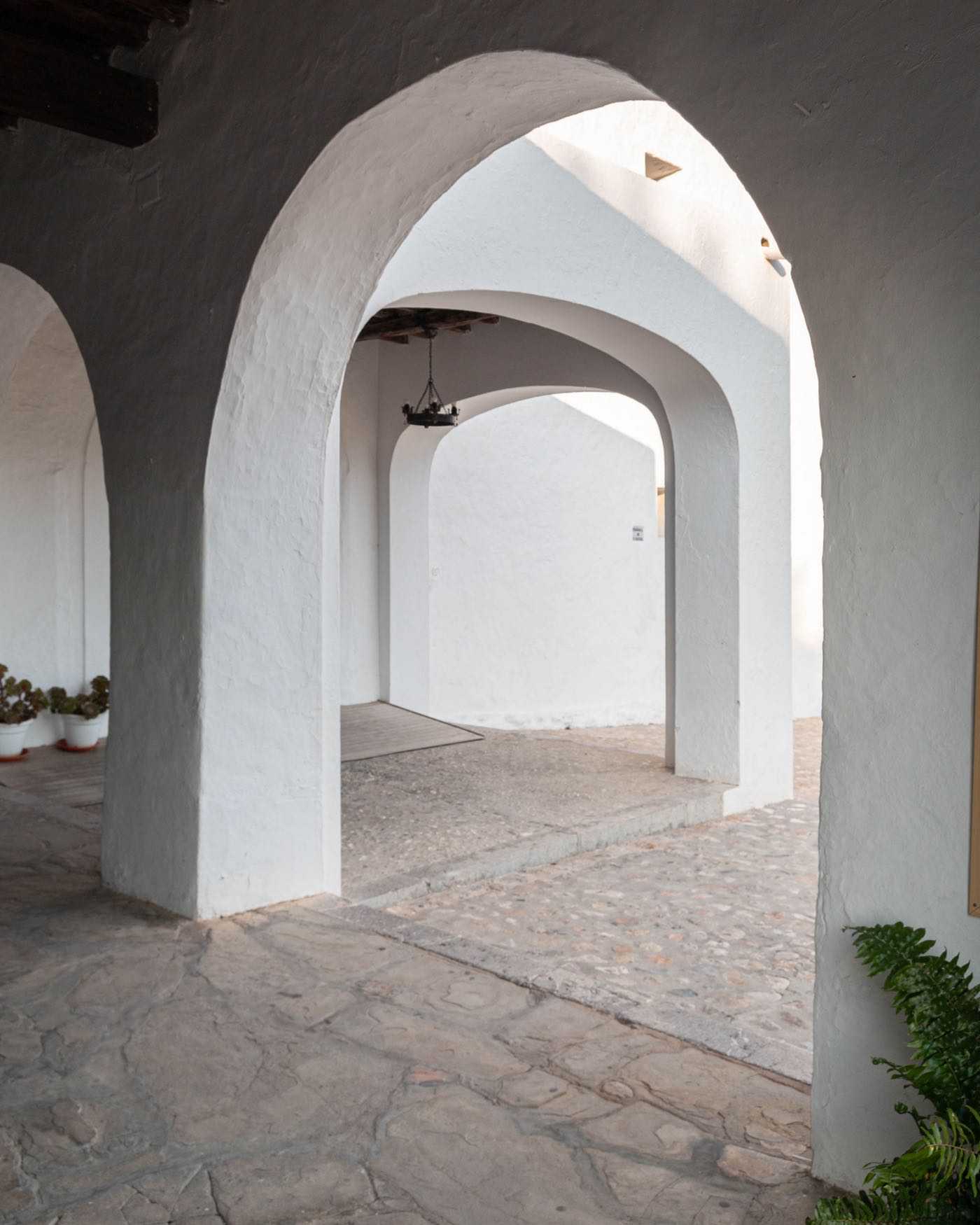 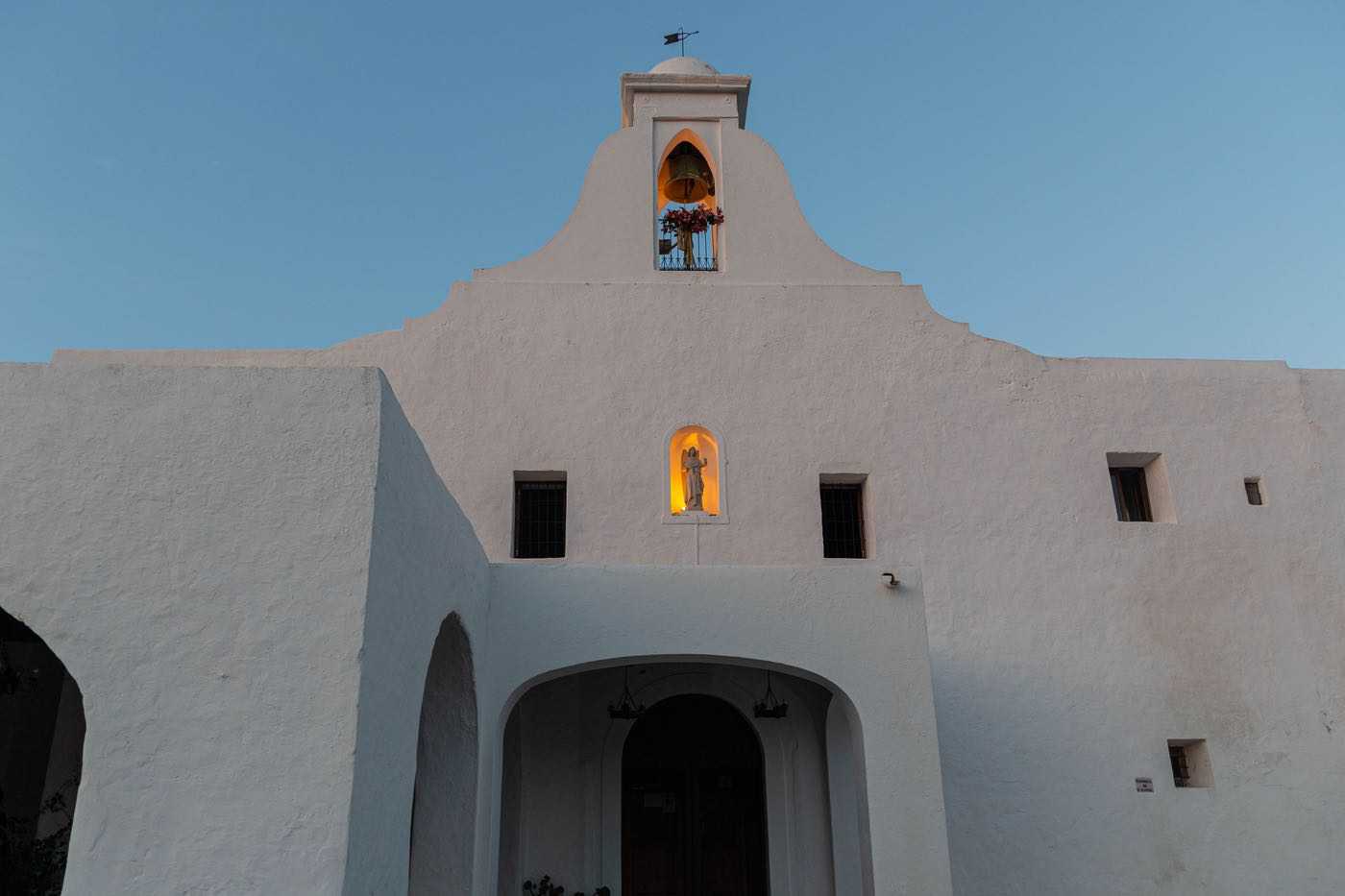 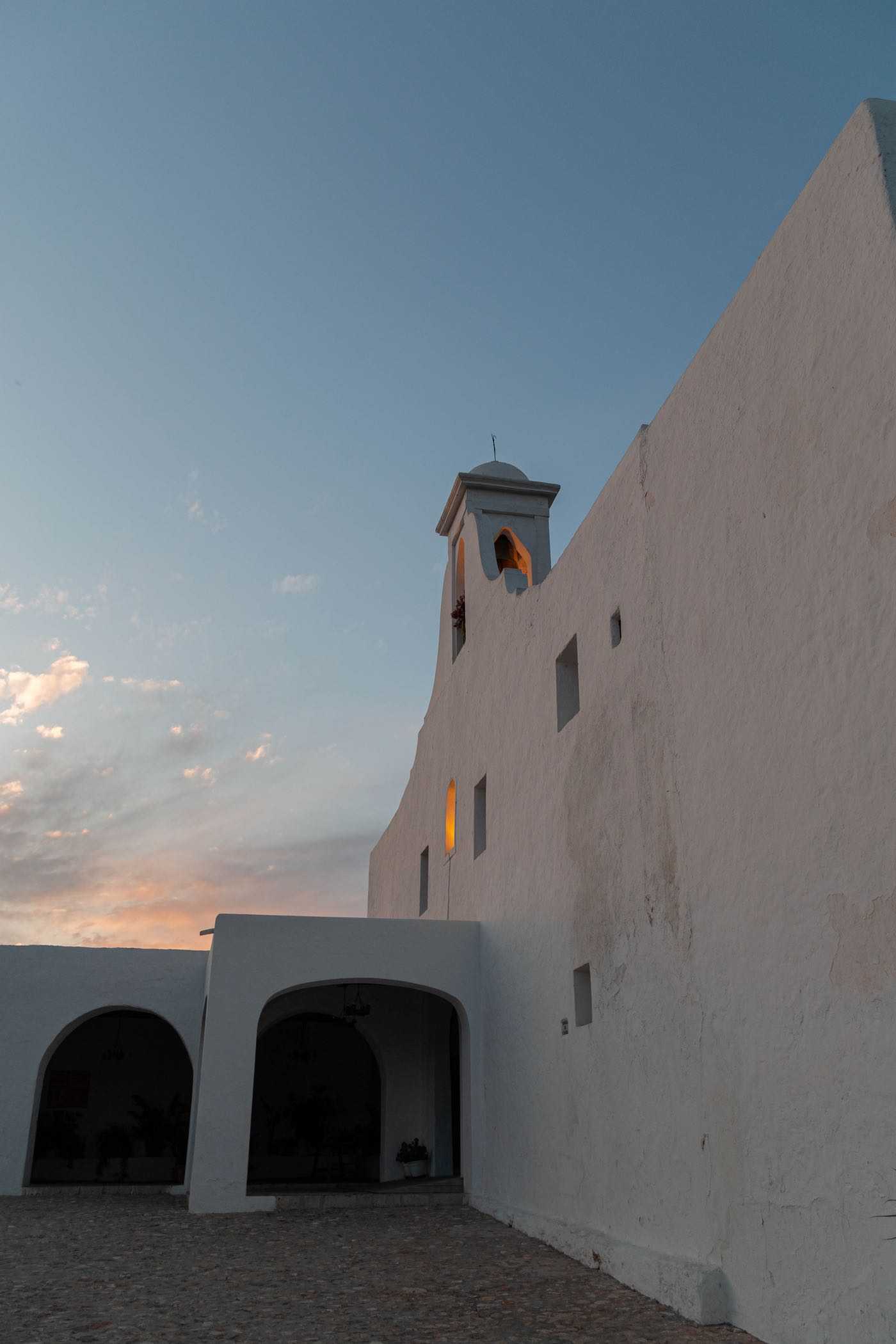 /
Home What to do? Churches Church of Sant Rafel

If you go from the city of Ibiza to Sant Antoni by road, halfway there, on the right hand side, you will see a beautiful church on a hill, silhouetted against the blue of the sky. It is the church of Sant Rafael, a harmonious, well-balanced construction whose elegant, curved bell tower is particularly noteworthy. The church is located at a viewpoint overlooking the capital, Vila. It was built at the end of the 17th century and, like many other churches, it also played a defensive role. It is attached to the town hall, which adds a considerable volume to the ensemble. In addition to this, there are the porches that were gradually added later.

It was strategically located at the intersection of several roads that communicated different points of the island. This crossroads was called “Sa Creu”.

Churches
The imposing church of Sant Antoni, next to the harbour, represents the focal town point