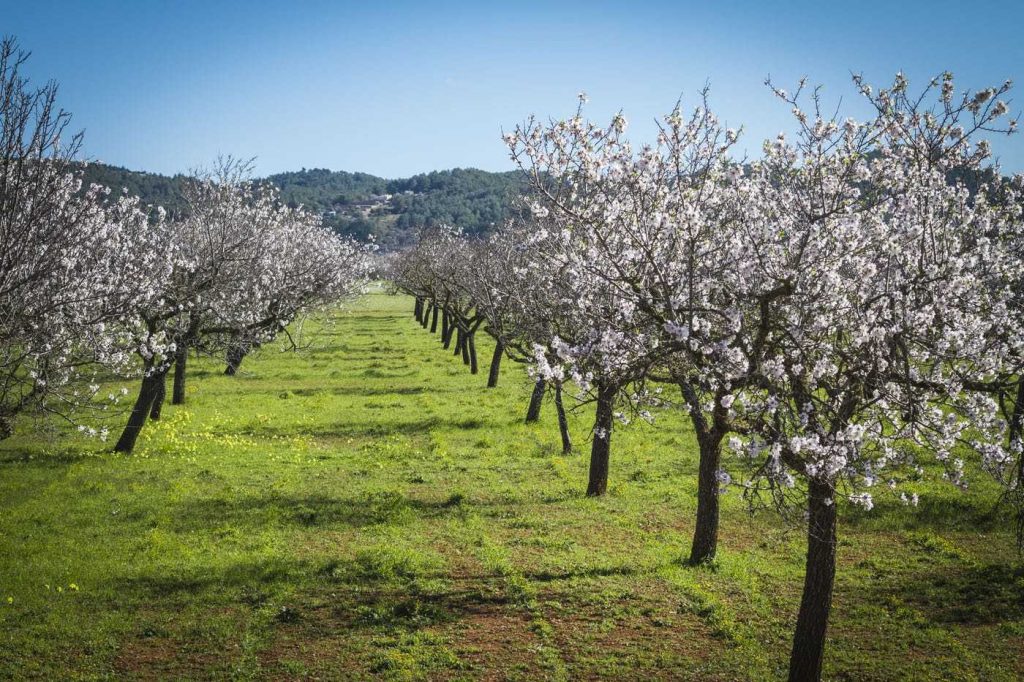 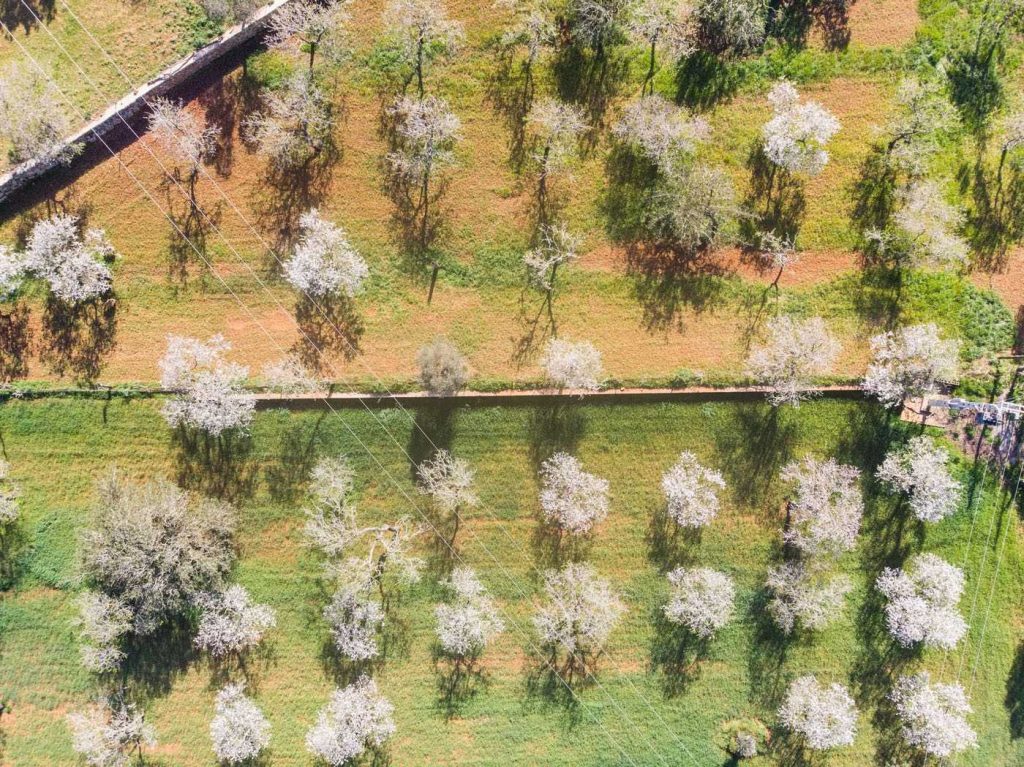 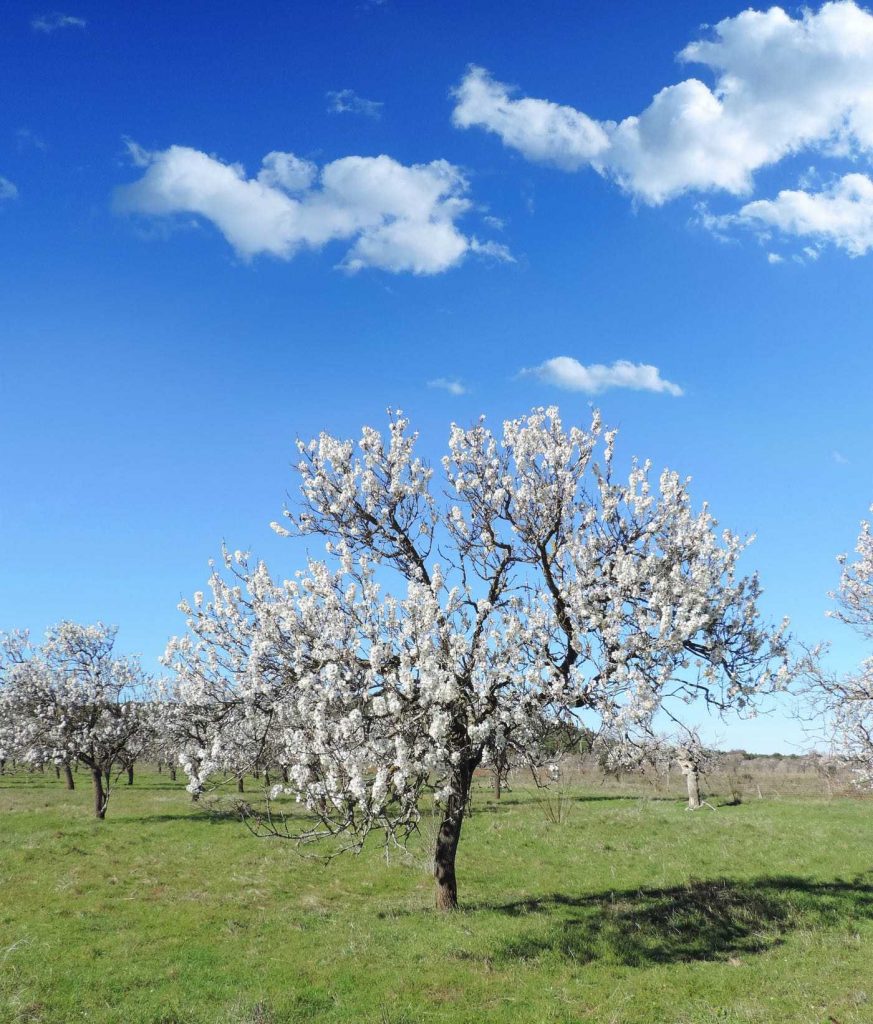 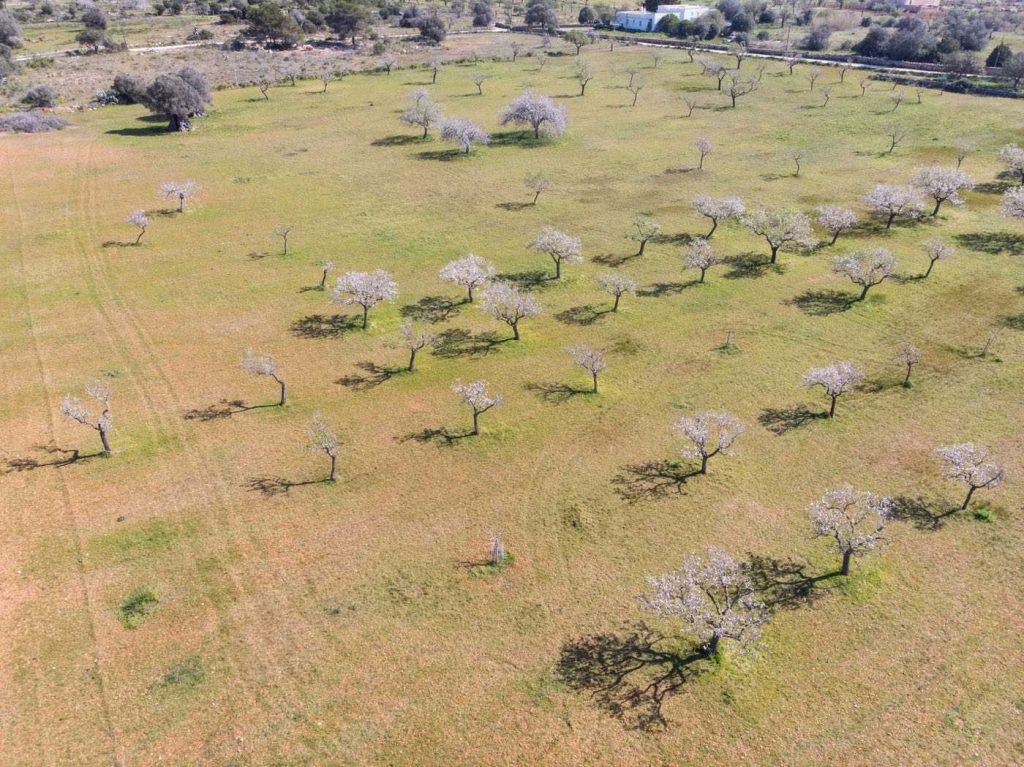 /
Home What to do? Places of interest Pla de corona

The Pla de Corona, along with the Pla de Sant Mateu, is one of the two of the great agricultural plains of the municipality. Its fertile red soils are home to extensive almond orchards, which in the blooming season, at the end of January and the beginning of February, offer a breathtaking visual spectacle that evokes the admiration of Ibizans and visitors alike. Indeed, it is one of the island’s most typical rural scenes. The large holdings that comprise it also grow fig trees, olive trees, carob trees, vines and cereals, while flocks of sheep graze serenely among the trees. The white, typically Ibizan houses are quite widely scattered and the land is the prominent feature. The Pla de Corona is circular in shape and is surrounded by a small road that can be used by walkers, and cyclists.

Places of interest
For lovers of the countryside and history, Es Broll is a must.

Places of interest
Once located at an uninhabited end of the bay, the Ses Coves Blanques Lighthouse is now part of the urban fabric of Sant Antoni.