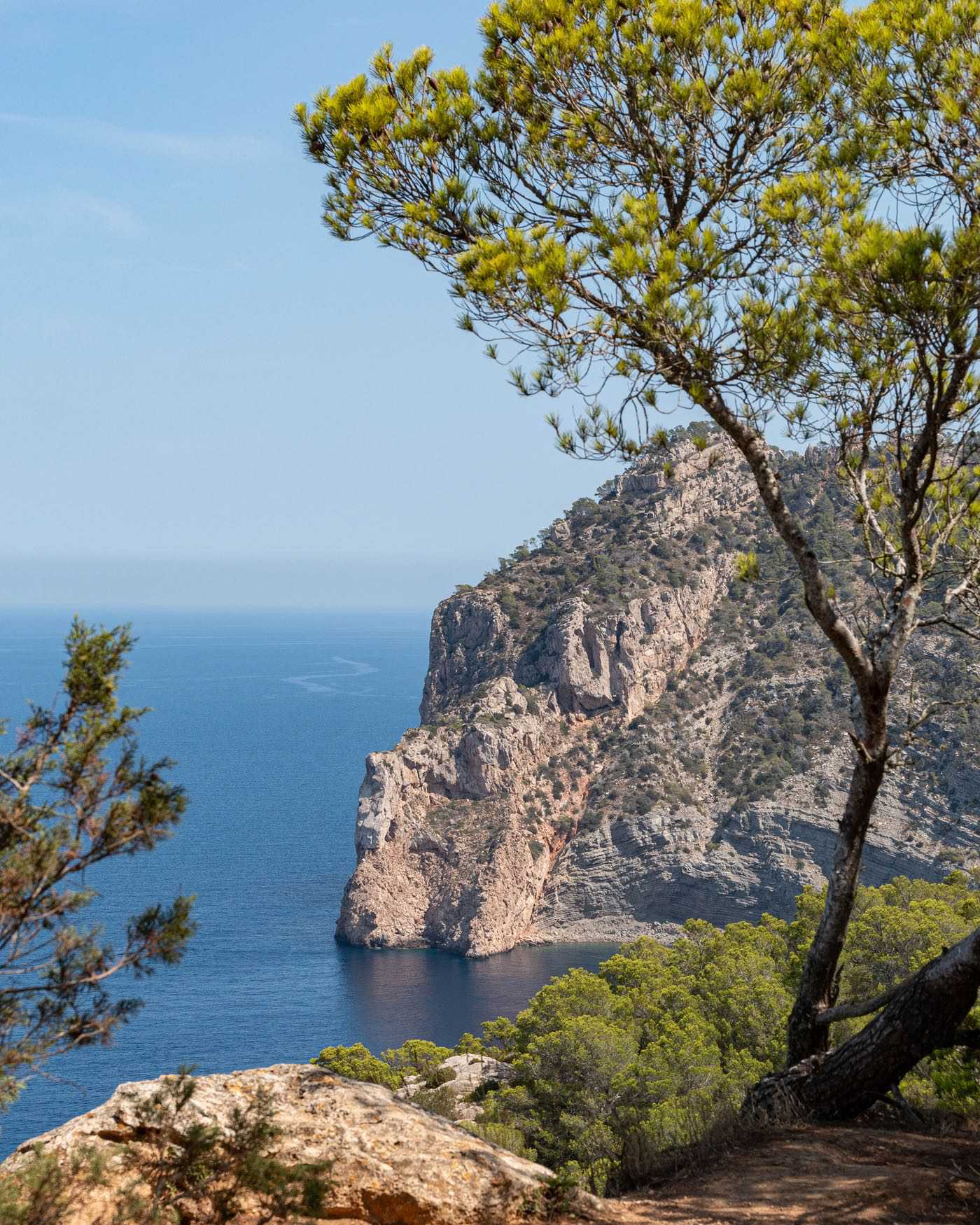 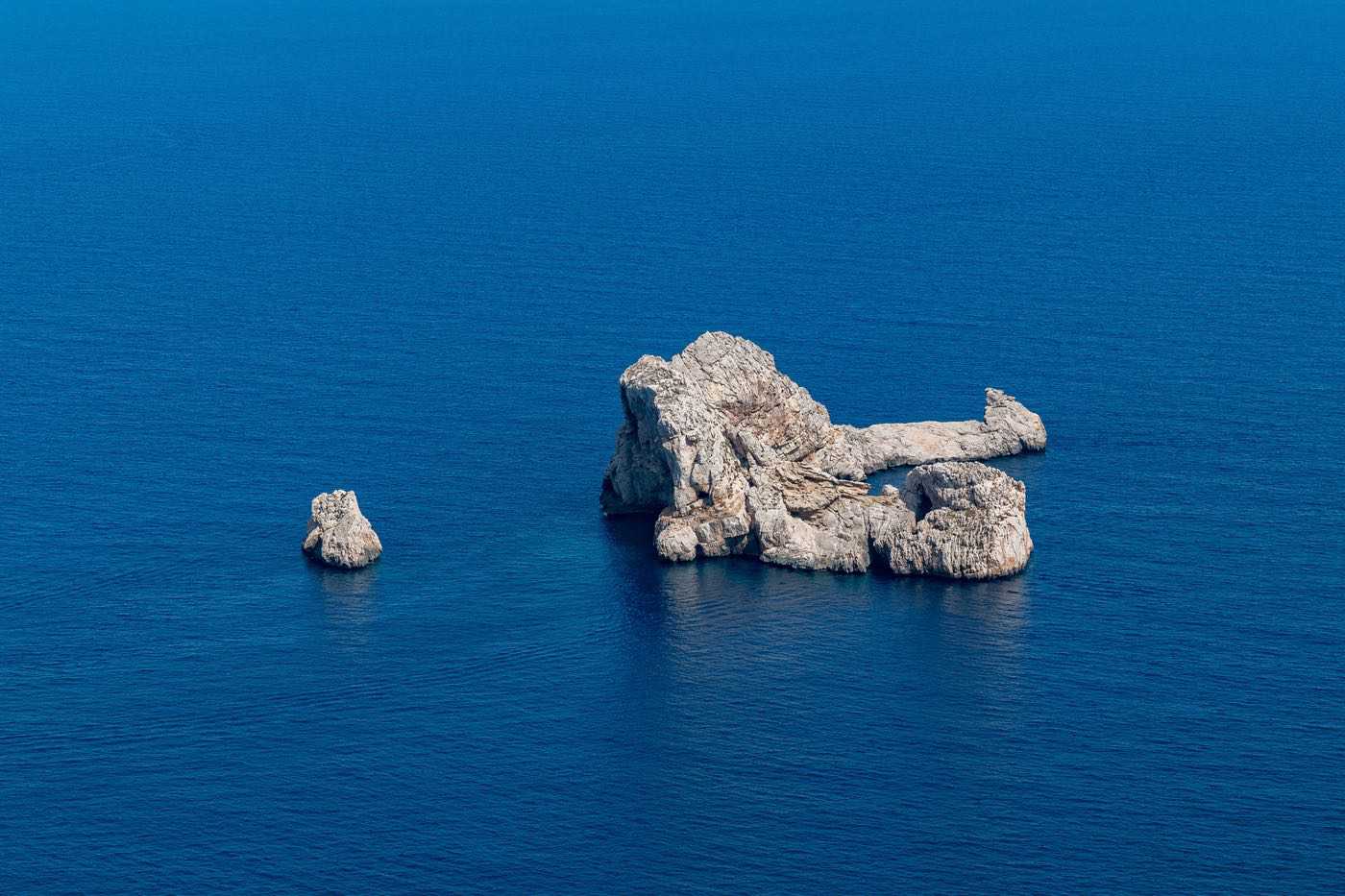 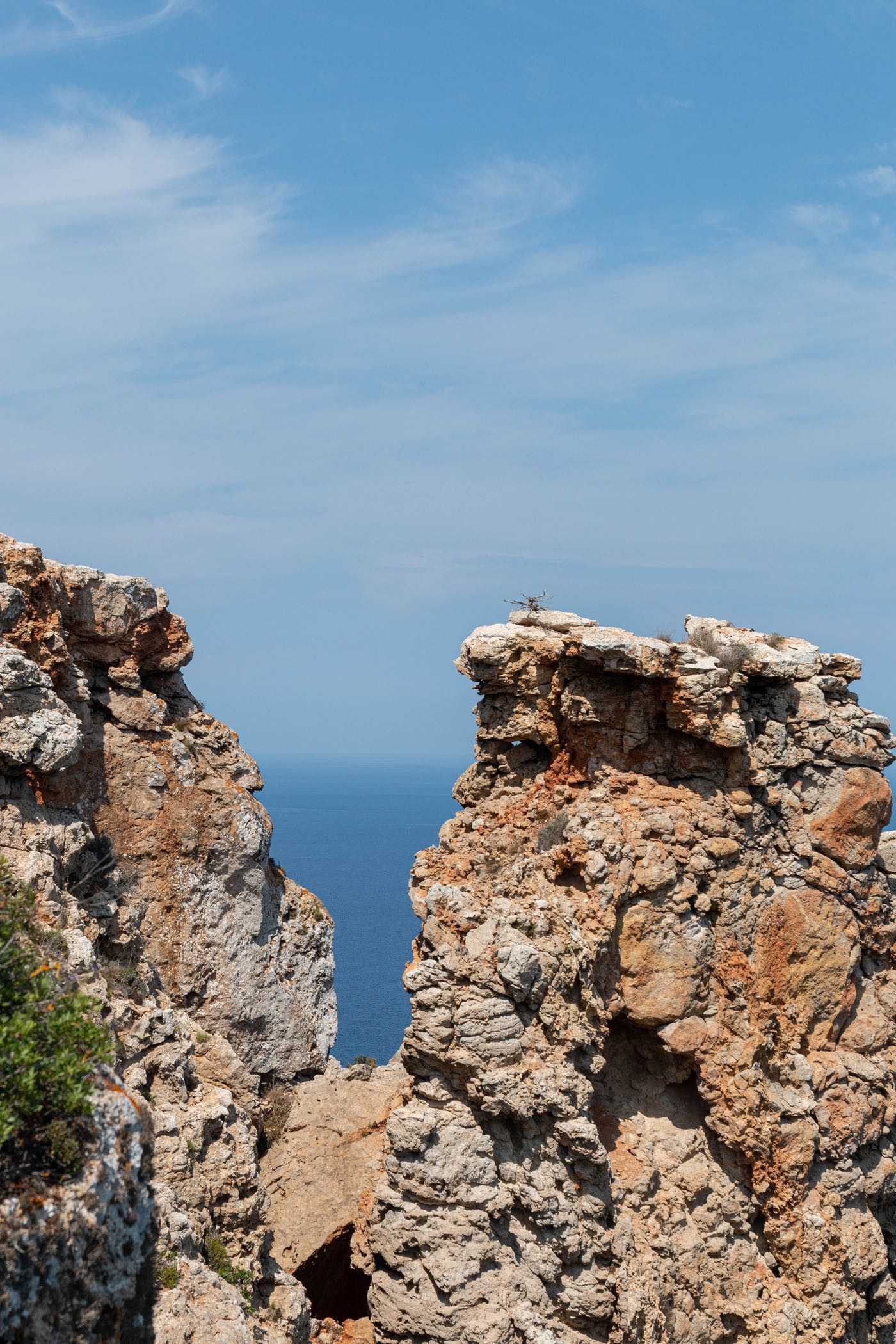 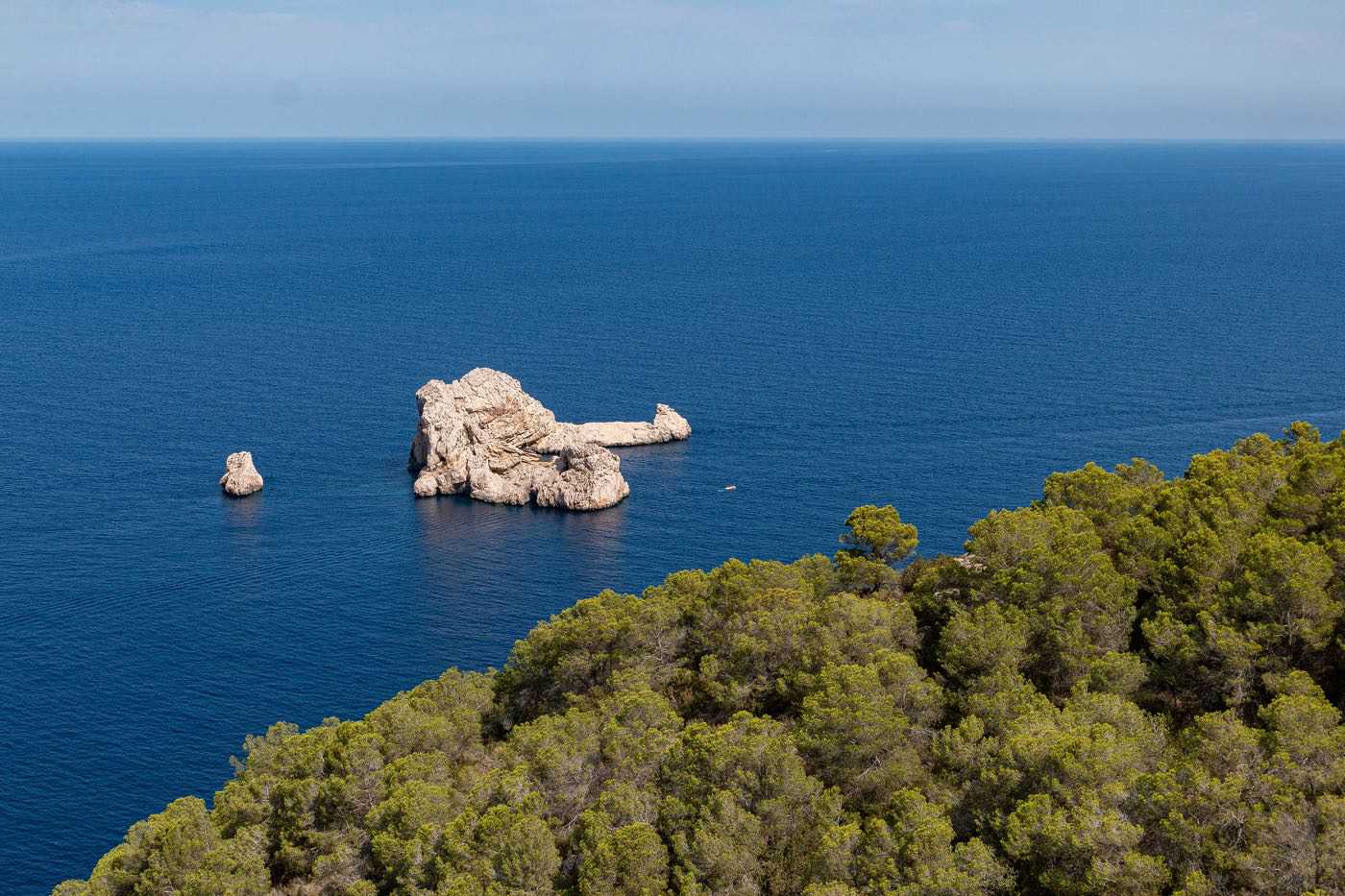 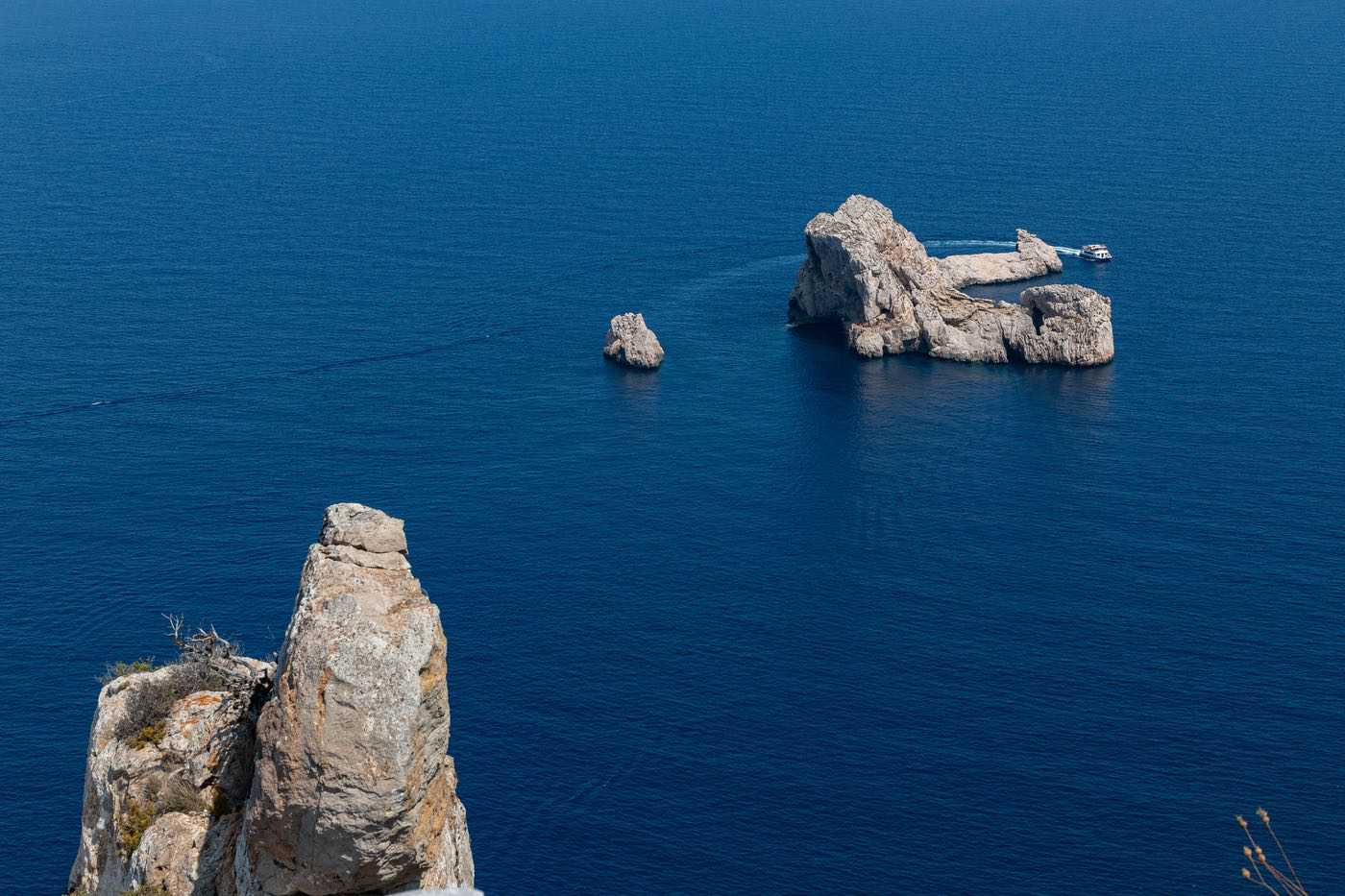 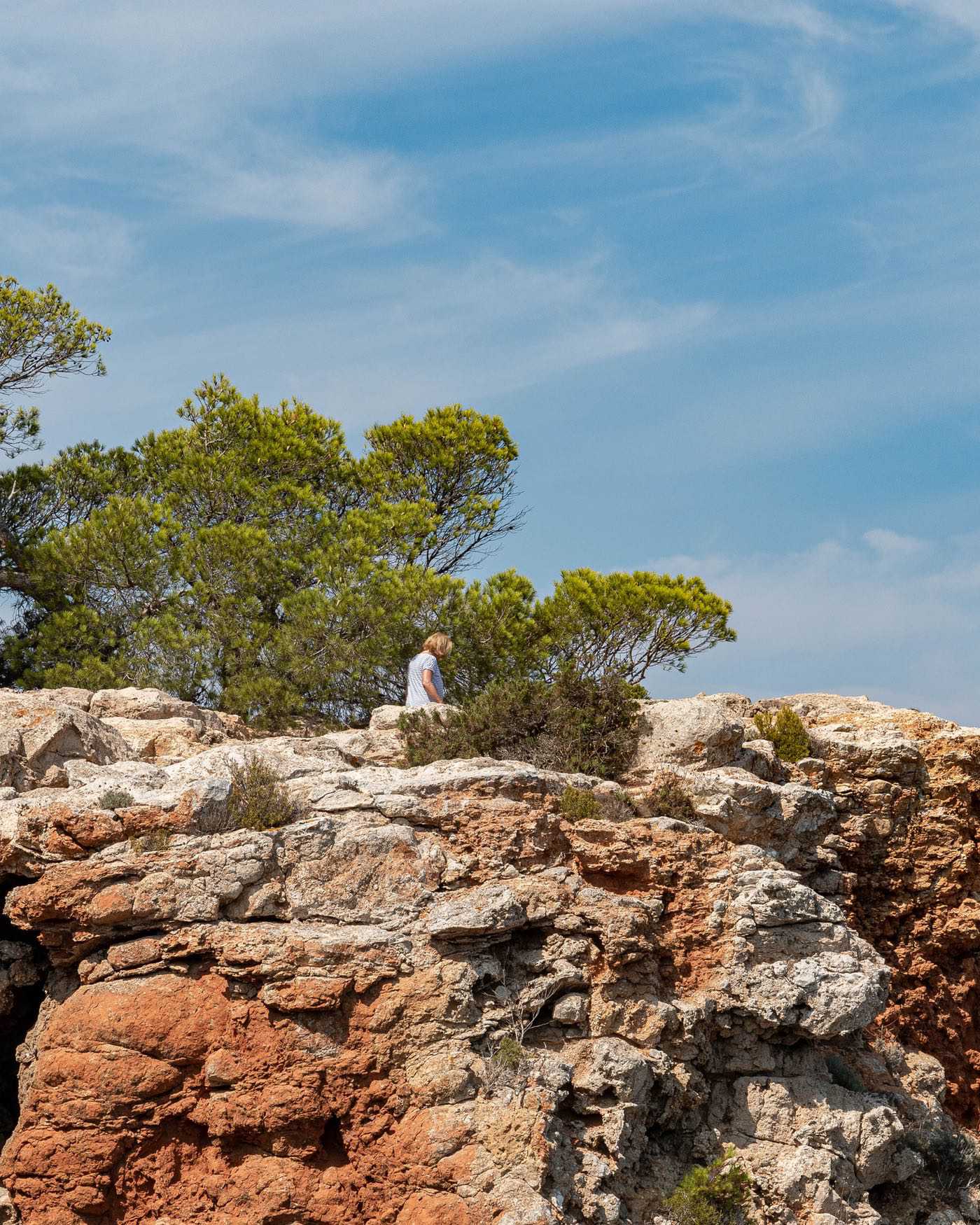 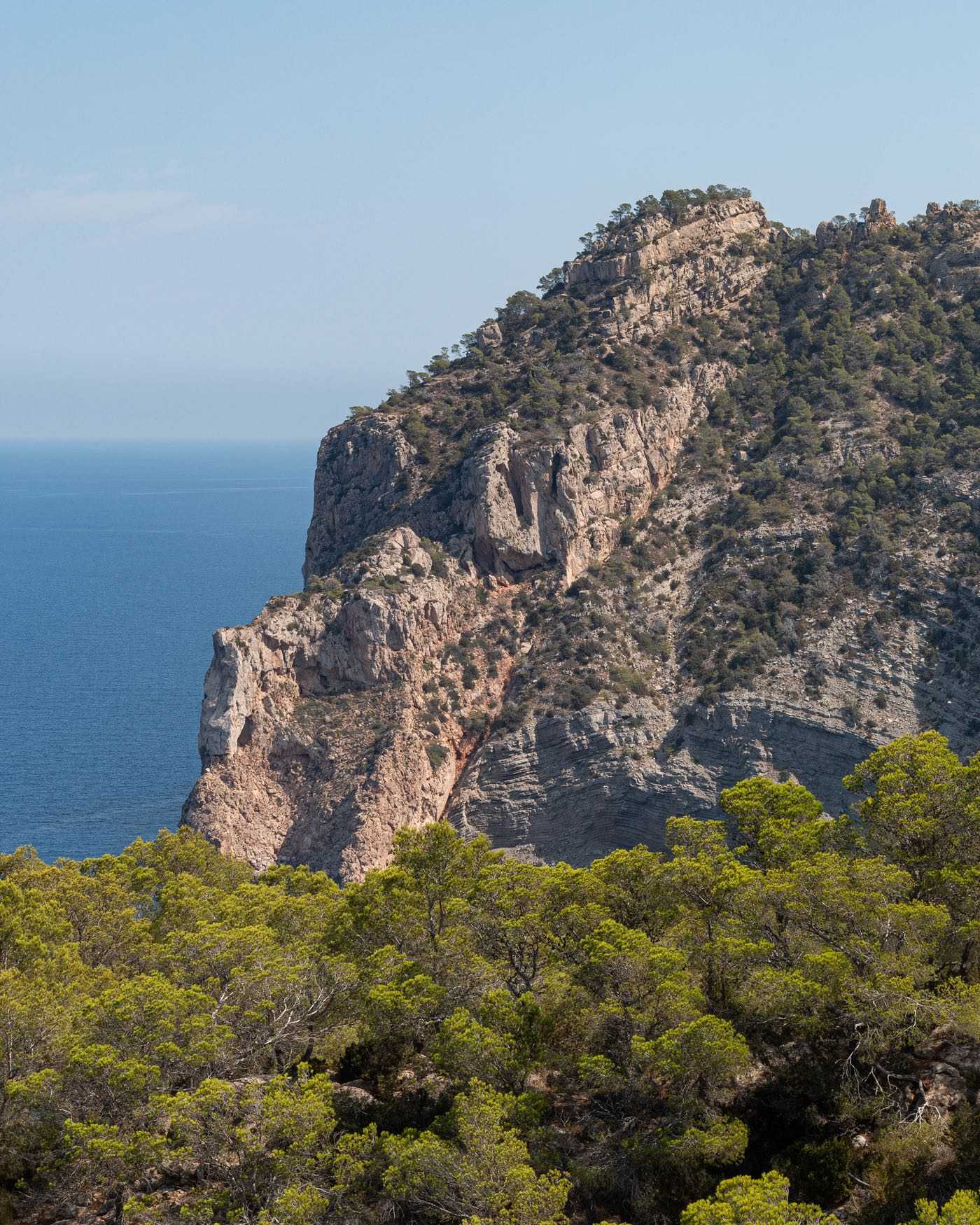 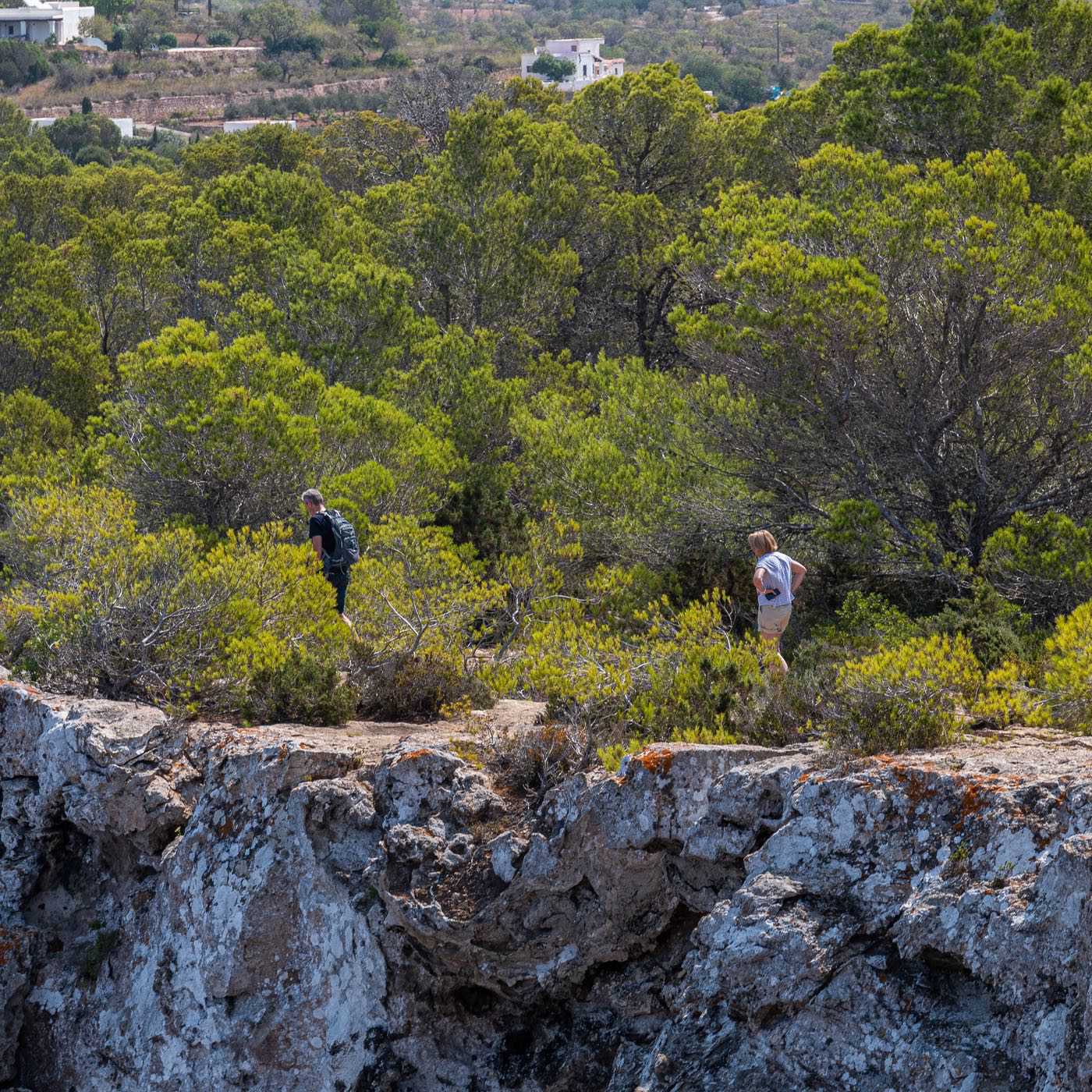 /
Home What to do? Places of interest Sa Penya Esbarrada

Walking along the beautiful Pla de Corona, in Santa Agnès, you will come across signs directing you to an archaeological site called Sa Penya Esbarrada. This area, known by some as “The Gates of Heaven”, runs along the edge of impressive cliffs, from which you can enjoy beautiful sunsets in summer. At the side of the access road is a small restaurant with a natural viewpoint, on the edge of the cliff. From there you can see the islands known as Ses Margalides, the largest of which has a unique form with a large central arch which small boats can sail under.

The archaeological site consists of the remains of a Moorish country house inhabited until the 12th century. The enclosure is fenced off, as only some of the aligned stones that formed the base of its walls are preserved, but is perfectly visible from the outside.

Uncategorized
This is the name of the rocky stretch of coastline that is the natural continuation of the northern end of the bay of Sant Antoni.

Uncategorized
The Pla de Corona, along with the Pla de Sant Mateu, is one of the two of the great agricultural plains of the municipality.

Uncategorized
The Passeig de Ses Fonts (the Fountains Promenade); a boulevard with large areas for rest and entertainment, where the fountains that give it its name are illuminated at night in a spectacular display of light and water.

Uncategorized
The Sa Punta des Molí Cultural Centre is located at the end of the urban beach.

Uncategorized
For lovers of the countryside and history, Es Broll is a must.

Uncategorized
Once located at an uninhabited end of the bay, the Ses Coves Blanques Lighthouse is now part of the urban fabric of Sant Antoni.